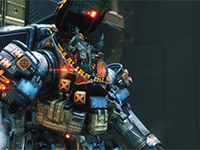 October 28th is rapidly approaching and I know we are all antsy in the pantsy to get our hands on Titanfall 2. Be it for the multiplayer modes we've already experienced or be it for the new and unique single-player campaign that Respawn has crafted for us. No matter the case we are all excited for the game and now we have more to get amped about as we have another look at Titanfall 2's single-player mode and some of the interesting things we are going to get to do besides just shooting and killing. It's not like EA won't have enough titles out there on the PS4, Xbox One, or PC doing just that so it is a bit refreshing I guess.

Anyways, below we have a new video for Titanfall 2 that shows off some of the new elements being added into the game to make it less of a run-and-gun kind of thing. It looks like there have been some great puzzle elements added into the game as well as a few new ways to think about getting around the levels. That and it looks like there will be reasons for all of the weird wall runs too other than just getting from point A to point B. Like these things will have more of a reason to be in the game than just to run on. At least that is how I heard it when it came to the design mentioned just below. Have a look.

Variety is what separates Titanfall 2 Single Player apart. Get a first look at how Jack and BT must combine their abilities and risk everything to survive together, and sometimes, apart. Whether fighting as a Pilot, the lightning-fast, elite guardians of The Frontier, or as a Titan, 20-foot-tall war machines, Titanfall 2 provides an action-packed adventure filled with fun.

We all know it is a rare thing to have a good single-player experience in an FPS title. It happens but usually the focus is on the multiplayer longevity and not much more. It does look like Respawn has taken some care here to make sure Titanfall 2 actually has some good substance outside of the multiplayer. I am a bit curious on what the overall narrative will hold for us but it does look like it may not be a toss-away thing here. Maybe this will actually get us ready to dive into the multiplayer and not just feel like something that was tacked on for those like me who love a good story with their shooter. We'll see soon I guess.

What are your thoughts on Titanfall 2's single-player as it stands here? Does it look like it will be more than just a quick distraction when you are waiting for your buddies to get back online? Do you think that the single-player could actually get us ready for the multiplayer or will that just always be the dream in gaming? Let us know your thoughts and feel free to discuss in the comments below. For more on Titanfall 2 as we get it out of EA you'll want to stick right here. We'll keep bringing it as we get it and I'm sure there will be a lot more soon.