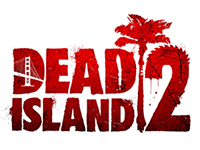 Maybe you remember last July when it was announced that Dead Island 2 was losing its developer. All over creative differences and compromises that Deep Silver didn't want to make to the franchise that YAGER couldn't get around. Since then there hasn't been much word on the status of Dead Island 2 and all we've seen recently is that Dead Island and Riptide are getting the HD move to the PS4, Xbox One, and PC. Thankfully today I get to inform you that Sumo Digital has stepped up to make DI2 a reality.

That's right. The people behind LittleBigPlanet3 and Forza Horizon 2 will be at the helm of Dead Island 2 now. They do have a decent track record with their titles but this does look like their first huge foray into a horror shooter like Dead Island. All we do know is that this means that they were ready to play ball with how Deep Silver wants to evolve Dead Island 2 so they are going to be are new developers. Hopefully they have a lot of great work to build off and the wait won't be too long for the game.

As of right now this is all we know about Dead Island 2 and what Sumo Digital plans to do with it. Because I didn't want to leave you empty handed here is the announcement trailer from E3 2014 that got us all hyped for the game in the first place. Hopefully the tone and themes will make it into this Dead Island 2 as we saw from all of the previous viewings.

What do you think about Sumo Digital taking over the work on Dead Island 2? Do you think they will be able to give us the top quality zombie killing experience we all want? Do you think the game will go under an entire overhaul to make it theirs? Let us know what you think and discuss away in the comments. For more out of Deep Silver and other video games be sure to stick around so you on top of the ball with everything.