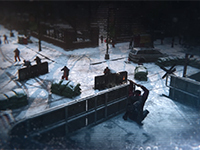 We all knew that The Division was going to be getting a Season Pass and that it was going to be coming with at least three expansions for the game. It wouldn't be an Ubisoft title if it didn't have some form of DLC to entice gamers to drop more cash. As it is releasing next week, March 8th, it was looking like all we were going to be hearing about in detail was the first expansion and then we would have to wait and see what was coming for The Division. That is until now-ish.

Looks like we have a lot more coming to The Division via updates and said season pass and it looks like Ubisoft has a whole year's worth of content lined up for us all. Some of it free and some of it you can only get if you shell out the extra cash for the Season Pass. Of course as it should be assumed the free stuff will add a few minor things to the game while the Season Pass holders get all the true extras and full on game expansions to play around in. Either way as of now it looks like there will be something to look forward to each month.

You can see the full release schedule for all of the updates and expansions coming to The Division this year but it does look like the updates will house incursions and new features for the Dark Zone. If the schedule stays the same it looks like we'll get two free updates and then a whole expansion from launch until 2017. That of course is extrapolating off what is set down for now until June of this year. None the less it does look like they are taking The Division seriously in terms of not making it a one-and-done title.

Have you already picked up the Season Pass for The Division and now looking forward to what is coming? Does this change your mind if you already were holding out on picking it up? Do you think that the free updates will be enough for you and that is all you are concerned about? Let us know and discuss away in the comments below. As always keep yourself locked in here for more on The Division and all of the other video game news we can get our hands on.