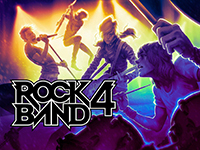 If you were thinking about doing a major Rock Band 4 marathon over the holiday weekend to try and rack up some serious leaderboard cred you may want to hold off for now. If you are just looking to have fun with Rock Band 4 go right ahead but for those looking to reach the top of the boards it looks like Harmonix is going to set everyone back to zero after their next planned major update coming to the PS4 and Xbox One this coming January. The good news though is that this is all to fix some major glitches and exploits in Rock Band 4 to make the game a bit more balanced for all players no matter the skill level.

Before you freak out further this only applies to those scores for the online leaderboards for Rock Band 4. Some of those top players only have themselves to blame as this is all due to an exploit that allowed players to trigger extra Overdrive during drum fills. Of course this leads to a few unfair scores in Rock Band 4 and they want to make sure everyone has a chance to reach the top and not those enterprising players who wanted to make it easy to be on the top. Always one turd in the punch bowl to ruin all of our Rock Band 4 isn't there?

So here’s what we’re going to do about it: First, we’re going to fix the exploits (of course). Second – and this is the most important detail – we have to wipe all of the leaderboard scores for all songs. Why? Because we’re making improvements that affect almost every song, instrument, and difficulty in the game. Finally, Step Three involves an adjustment to our code that will allow us, in the future, to address song-specific bugs and issue targeted leaderboard wipes. We’ll also be rolling out some score fidelity fixes to individual songs. These individual fixes will continue through the spring.

This update is more than just a fix for major issues to Rock Band 4 though. It looks like Harmonix is also adding the ability to post to the leaderboards while playing in the 'Play A Show' mode of the game as well. Why that wasn't there already I don't know but it will be in Rock Band 4 come January. Also to be included will be a few more clothing options for your rockers as well as a new set based on another partnership between Harmonix and an undisclosed developer. These will be like the Fallout 4 jumpsuits that were just recently added to Rock Band 4 in the last major update so we can be on the lookout for that too.

You can read the full description of the January update for Rock Band 4 over on their official website. Then you can sit back and decide if it is going to be worth your time to play more Rock Band 4 for the score or for the fun as we head into the new year. Make your choice wisely though…

How do you feel about Rock Band 4's leaderboards getting the full wipe next year? Did you know of the exploit that they are talking about before it was made this public? What developer do you think it lending their likenesses to Rock Band 4 in way of costumes and hopefully instruments? Let us know and discuss away in the comments below. As Harmonix gives us all more information on Rock Band 4 and their updates we will have them here for you so be sure to keep things locked in here.