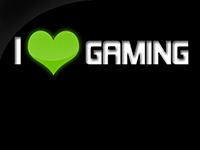 It is now time to jump out of the frying pan and into the video game fire. This week is done but that only means that E3 week is up next. Oh all the video game news we are going to be slammed with there. There's the new Mirror's Edge Catalyst, Fallout 4, Drawn To Death, Hellblade, Rock Band 4, and The Walking Dead just to spout off a few. Of course we will all be up to our eyeballs in new video game news, impressions, and hands on after next week. Hells during it at that too. I may be going it solo for E3 this year but we will keep the content flowing out.

For those fans of the site here I'll give you a bit of house cleaning before I let you dig into all of the news we had in the world of video games this week. First, I hope you enjoyed the review for The Witcher3 and found it helpful when figuring out if you should take the dive into that video game. We still have a few other video game reviews lined up with Hatred and Kholat for the PC being among them. There were just so many little tidbits of video game news this week we weren't able to get to them, but we will for certain. Most likely after E3 week when things have calmed down a bit.

Without further ado, got to it and check out all of the video game new we had this week. Be sure to keep your eyes out for all of our updates from E3 via twitter, Facebook, Periscope, and right here on the site. Until then, Happy Gaming!