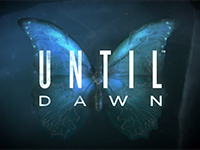 As stated on the PlayStation Blog, it has been a while since we had anything new to look and or known from Until Dawn. You know, the B-movie horror game in the works from Supermassive Games where we get to decide the fates of eight teenagers out for a good time in a cabin in the woods. Such a tried and true trope to use but for Until Dawn it has looked spectacular and looks like it is getting better and better which is good since it will be hitting the PS4 on August 25th this year. Oops…did I just let the release date slip?

Alright, so the release date for Until Dawn wasn't a huge secret as it is the highlight of the latest trailer below for the game. It is big news as it was kind of left "out there" when last we played or saw anything for the game. I was speculating sometime around October to hit the "month of fear" as a good horror title should but it looks like Until Dawn is getting the early treatment. I won't be upset that I get to have the game in my hand earlier just seems odd to not use Halloween and the such to push Until Dawn more. I guess that's why I am not in marketing.

To go along with the new date and trailer for Until Dawn we also have word on another actor who has delivered an amazing performance for the game as well as their likeness. Not the jock looking guy you will see in the trailer below but Peter Stormare (22 Jump Street, Constantine, Fargo) in some capacity. I won't spoil that for you as you can see how Satan here will lend to the overall fun of Until Dawn. Have a look.

So it looks like Until Dawn may have a bit of Cabin In The Woods flare mixed in from the looks of things in the above trailer. At least from the scene with the newly announced actor and the video feeds. I won't be upset if Supermassive Games is really making a game based off that film and calling it Until Dawn. I loved the short chapter I was able to play at PSX and know that was just a very small sample of what the game will offer. I also really loved the premise of the aforementioned film so I kind of hope that Until Dawn does turn out to be like that. At least all of the amazing parts.

What do you think about Until Dawn and the correlation I just mentioned? Does it make a bit more sense given the above trailer? Do you not even care and just want to be able to pre-order the game and get your extra bonus chapter? Yes, there is an extra chapter that sounds to be a prequel to the story with other characters that seem to find out what is going on before the events of Until Dawn. None the less though, let us know what you think down in the comments. As we are all overly excited for Until Dawn you know we will have all of the updates as they come so keep your homepage set right here.