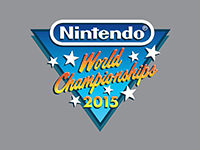 Normally it isn't big news, at least big news to me, when a company like Nintendo announces the times for their upcoming press conferences like the one that happens each year at E3. Unless there is a big hardware or franchise return update there really isn't much to go on, especially when it comes to Nintendo lately. Even the huge thing for the Wii U was kind of a bust and not all too much to write online about. Of course all of this most likely has you wondering why I am wasting more digital space with news about what Nintendo is bringing to E3 this year. Well for one we are getting the return of the Nintendo World Championships.

That's right; the Nintendo World Championships are back, at least for E3 2015. Most of you most likely don't know about the event from the past as it has been 25 years since the last one. If you want to see what the fuss is all about you can either watch the great film The Wizard or hit up your local Best Buy to try and qualify for the Nintendo World Championships and see what the buzz is all about. That and you can see how things are going to go down as before it was the original Nintendo cartridge being used and now we have much more advanced tech. I am pretty sure we are going to have a bit of Smash Bros. involved somehow of course.

Of course this isn't all that Nintendo is bringing to E3 but it is the more exciting of the news. Of course they are having their Digital Event on the morning of June 16th which has taken place over the larger press conference that Nintendo's competitors still hold. There will also be live updates from the show floor via the Nintendo Treehouse: Live stream and also select Best Buy's around North America will have Mario Maker on the scene to let gamers try out and see if they can get into another world building style game surrounding Nintendo's themes and characters.

On May 30, select Best Buy locations in major cities around the country will host qualifying tournaments for the Nintendo World Championships, which were last seen in 1990. The winners from each regional event, plus competitors invited by Nintendo, will meet on June 14, at the NOKIA Theatre L.A. LIVE in Los Angeles for a multi-round Nintendo game competition. In the end, one player will be crowned the 2015 Nintendo World Champion. Fans in Los Angeles will have the opportunity to attend the tournament, while others can watch online. More details about the qualifying tournaments will be shared in the coming weeks.

I have a feeling that the Nintendo World Championships are just another grab for attention that I feel Nintendo is lacking at E3 as of late. Especially in an era when they need the huge blockbuster games to be announced or a new piece of hardware to garner the attention and "win E3." That is a phrase I loath to hear but it is gauged on how many people pay attention and are shocked/awed by what the large publishers and developers have to show. This will definitely get something for Nintendo but I am not sure it will be as big as everyone is making it. Unless there is Fred Savage and a Power Glove to control it all.

What do you think about the Nintendo World Championships coming back? You know, coming back after its one and only attempt back in 1990. Is this big for Nintendo or just the little brother of the big three jumping and trying to say "I'm still relevant by using your nostalgia to drive the company!" Are you going to give qualifying a try? Let us know in the comments and for all things Nintendo E3 you can keep checking back here and we will update as we can.