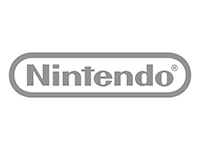 It looks like all of us who ever wanted to wander into any of Nintendo's properties are going to be able to do just that sometime in the near future. It was announced that Nintendo is now partnering up with Universal Parks to bring some of their huge IPs to said parks around the world to let us all experience what a day in the life of Mario Mario would be like. Okay, well maybe not that far but there are going to be attractions and experiences at Universal Parks that will be solely focused on some of Nintendo's major IPs.

At this time it has not been specified with games, stories, or characters Nintendo and Universal will be bringing but we can know that they just are coming. I think that Super Mario, Legend Of Zelda, and Mario Kart should be easily expected. The first too being the most massive titles that people go to when you think Nintendo and the latter just being the easiest to turn into a ride and/or attraction. Crazy Mario Kart bumper cars anyone? That is where I would go with it but I am not Nintendo or Universal so we'll have to wait and see.

The agreement brings two icons of entertainment together and represents a significant partnership for Nintendo as it expands the reach and popularity of its characters and intellectual property.

The immersive experiences will include major attractions at Universal's theme parks and will feature Nintendo's most famous characters and games. More details will be announced in the future, as the Nintendo and Universal creative teams work to create specific concepts.

There are really so many IPs that Nintendo and Universal can choose from it is hard to gauge what the plan really could be. Outside of the end goal being to make money based off our want to have real world experiences with our games but that should always be a given. The one thing that I like here is that this also opens up a few things for Universal's holiday events with Nintendo as well. Halloween Horror Nights would offer up a "kid friendly" option if Nintendo wanted to do a Luigi's Mansion maze or event for one. Or a Fatal Frame AR experience? Think about it and send me those royalty checks.

What other titles do you think would suit Nintendo and Universal for rides, attractions, and/or experiences? Yoshi's petting zoo filled with animatronic Pokémon? So many ideas can come spilling out and most won't be used for sure. Go ahead and throw out your ideas in the comments so we can mark them down as your idea when Nintendo and Universal pick it up and use it in their parks. Oh crap! The Walking Dead mixed with Metroid. We need this made Nintendo.