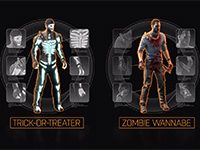 Dying Light is coming up on its two month release birthday and unlike many other titles out there is still going strong from the user's side as well as the developer's side. This of course being the continual hunt for new things in Dying Light on the user's end and the constant updates and DLC plans on Techland's end. In fact, for those not in the know, they just added in a Hard Mode with the latest patch that has most likely already been downloaded in the background on your system. At least if you have all that set up on your PC, XB1, and/or PS4.

If you want a quick recap of what will be included in the Dying Light patch you can check out things here or just look a bit lower to the trailer showing off all the additions that have come for the game. You can choose. We won't force your hand into the zombie's mouth here.

Of course the whole topic here for Dying Light is where Techland will be taking the game soon and what we can expect sooner or later. Well from the looks of the next trailer we will be getting some sweet dune buggy action to kill even more zombies around Harran. Kind of defeats the purpose of the free-running aspect of Dying Light but I guess it is something that the developer's and other fans thought we needed in Dying Light. I won't complain much as I was not a fan of the long run times but for now I'll be stuck doing just that.

Are you excited to see what the future holds for Dying Light? Are you glad to see that a developer is trying to keep their game flowing well after launch unlike others who kind of let things fall to the side until the next DLC hits? Am I full of it? Let us all know down in the comments.