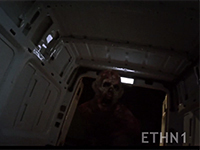 If you've been sitting around always wondering what the back story for Killing Floor was after enjoying the game on the PC back in 2009 then do we have a new video clip for you to see. Hells, if you were overly excited to hear that Killing Floor 2 is coming to the PS4 as well as Steam this year then you'll be excited. Why is that? We have a new short film called Killing Floor: Uncovered from the guys over at Tripwire Interactive for us all to see and it kind of shows off what happened before the first game's story so long ago. Okay, back in 2009 when Killing Floor first came out.

A little word to the wise here for you. Killing Floor: Uncovered looks and feels like a lot of those "found footage" horror films that are all the rage. It isn't up to full feature film quality of course as it is more promotional and story expanding for the core of Killing Floor and Killing Floor 2's overall story. So go in watching it that way and you should be able to walk out with the intent that was there.

When are we going to realize that it isn't "Evil Corporations" we need to fear but it is the dumb-ass human activists that we should watch out for? Killing Floor: Uncovered shows that in Killing Floor it is really the retarded act-first-ask-questions-when-shit-hits-the-fan attitudes all of these people have. Also, why is there always an open-all-doors button in every evil corporation's labs? You'd think that would be the first thing they WOULDN'T WANT when housing a bunch of bio-weapons behind solid locked doors. Maybe it is just me?

Anyways, this is a fun promotional piece for Killing Floor and Killing Floor 2. It is at least a bit higher quality than many others we have thrown at us in general. I would have rather played through this bit of story in some kind of DLC personally but I get the choice that was made here. What say you though? Give us all your thoughts down below.