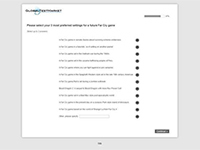 Marketing surveys can be fun and in the case of the most recent one for Far Cry from Ubisoft it looks like the fun doesn't stop. In fact it flows and has now added all kinds of speculation to the future of the franchise that they are still doing extremely well with. At least last I checked Far Cry 4 was still one of their top selling titles from last year but the video game industry can be a fickle bitch. Enough of that and let's see what we can maybe look forward to in Far Cry's future.

If all is to be believed, it looks like one of the questions of the Far Cry future was about the setting for the next title. Settings that included a better look at Shangri-La from Far Cry 4 or setting the next iteration of the game in Vietnam from the 1960's. Not bad choices. Or you know, Far Cry in a futuristic setting on a different planet, a Spaghetti Western setting, the stereotypical zombie apocalypse, Jurassic Park, or fighting for or against vampires. Yes, all real options and I am a bit partial to the Spaghetti Western one.

None of these options are going to be completely set in stone for Far Cry mind you. Yes, Ubisoft does use some of this market research to push the Assassin's Creed franchise forward a bit but they won't fully throw all logic out the window because the internet said so. All are viable options for sure but would we really want Far Cry 5: Zombies or Far Cry 5: The Masquerade? Okay, maybe the latter there but hopefully you get the point.

If anything, this may give us a bit of an idea on where Ubisoft is willing to let Far Cry go. It does still boil down to the developer getting something and making it fun and feel new still. Where would you want to see Far Cry go though? None of your answers in the comments will most likely be listened to by Ubisoft, yet, but as fans of the franchise we can make things up just for fun right?