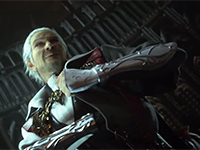 So it may be a bit of a stretch but it looks like the latest in Final Fantasy XV speculation is that there will be some kind of online component for the game. This all comes from Anime News Network scrounging for anything based on a job posting from Square Enix directly. It is a contract job that sounds pretty much like someone who would be needed to keep the web based interactions, like the Facebook notifications, flowing but others have chosen to dig in deeper with a meaning that most likely will never see the light of day on the PS4 and Xbox One.

If this isn't for just some kind of social aspect for Final Fantasy XV it could be looked at as something to do with DLC or micro-transactions of some sort. Those seem to be all the rage in video games as of late and why would Square Enix not want a piece of that pie when it comes to Final Fantasy XV? Yes, that would upset quite a few of the Final Fantasy fans out there who are not part of the Final Fantasy Online community, we are not used to those kinds of transactions yet, but it wouldn't be out of the question I guess. Then again this is all speculation based on what Square Enix would want in an employee and not what they will most likely get. Isn't speculation fun?

In the meantime, what do you think this could mean for Final Fantasy XV? Let us know in the comments. It's not like any of those other sites out there have a whole lot of new news going on as we are one of the few who don't take breaks… This is all most likely some social thing like I said, but what say you?