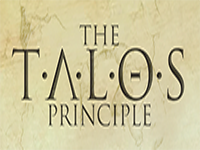 There is nothing funnier than when someone gets caught doing something wrong and I think this pirate of The Talos Principle takes the cake today. It looks like Croteam has again taken steps to fight piracy of their games and in this case it looks like it was more subtle than their immortal pink scorpion of Serious Sam 3: BFE. Another great classic that not only punishes the pirate but also kind of forces them into the spotlight of internet shame as some complain them as bugs. In the case of The Talos Principle that is just how it happened.

A pirate of The Talos Principle took to the game's steam forum to complain about their being a bug that locked them in an elevator after reaching a certain point. Seems logical to hop over and complain about it as if it was in a fully purchased version of the game then I would be upset myself. The only difference is that as it has been pointed out by others online that Croteam even placed little Easter Eggs near said elevator. This only adds a bit of insult to injury in my book but, as I've said, it is a well-deserved jab for all who would want to try and steal the game.

What makes it even funnier is that the original post is nowhere to be found on the forums for The Talos Principle. I've only done the most basic of searches though. Fortunately we don't have to search too much as the publisher, Devolver Digital, was able to snag a screenshot of the post and shared it with the world. Have a look here.

I loathe pirating of games and applaud Croteam again with what they added in for The Talos Principle. They are not the only ones who do this but to this date I think they have had the best little catches for would be pirates out there. I'm sure that they are only small stopgaps in the long run but man the shame that comes when people think they are cool to bitch about a game that they don't legally own. Keep up the good fight and keep bring the fun shaming.