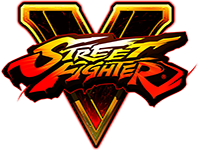 Street Fighter V was named a PS4/PC exclusive at the PlayStation Experience a week ago. This last weekend now marks the first bit of gameplay as well as the first public match of the game being played. This of course all took place during the 2014 Capcom Cup in San Francisco, CA last Saturday (12/13/14). This makes sense that these fans would get to see everything in action but lucky for everyone else that the event was streamed online so none of us had to miss out. Especially since there was a third character teased and most likely going to be added to the mix of fighters when Street Fighter V comes to market.

First we'll dig into the actual meat of Street Fighter V that was shown as it did happen to show some returning gameplay as well as a few things that seemed to be new to the franchise just not to the genre. These would be the things like altering the battle area based on hitting a character really hard in the right location of the screen and busting through walls. Not a huge deviation from the standard we've had but Street Fighter V does add the nice touch of having some of those room busting moves affect the character models too. I'm talking about how in the below video we see Chun-Li kicked so hard into a kitchen that a bowl of noodles falls onto her head and then stays for the rest of the fight.

Have a look at what we all got to see for Street Fighter V and piece together your own speculations then we can move on.

So there you have it. The first gameplay for Street Fighter V. Of course this wasn't the only thing that Capcom had for fans. As I mentioned above there was another character teased for the roster via an extended trailer for the game. Well more it's the same trailer we were shown at the PSX with an extra scene after the logo fades to black. Here's said trailer and you can jump to the 1:22 mark to see what we have in the way of roster for Street Fighter V.

Now we have Charlie/Nash to add to the mix of Street Fighter V. It was just his upper face putting on his glasses but now we can say there is at least three characters for Street Fighter V but it should be safe to assume that we are going to be getting all of the franchise favorites in due time. It's odd that there would be this announcement before Guile but I'm guessing Capcom wanted to make a bigger splash for their reveal and chose to go down this path instead. Hopefully we'll have more to report in short time.