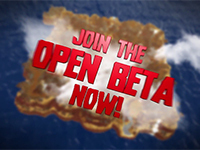 Good news for all of those who were excited for Dead Island: Epidemic but were not able to participate in any of the closed or past betas for the game. It looks like the game has now entered into a full open beta for all to enjoy. Not only that but it looks like there have been a few new things added into Dead Island: Epidemic to entice us all in joining the Zombie Online Multiplayer Battle Arena, or ZOMBA for those who don't know how to make acronyms. You most likely don't know what PC stands for if you couldn't catch what that acronym meant BTW.

If you have yet to play Dead Island: Epidemic then it looks like there is no better time than ever if you want to give it go. Granted free games are not always the best but the Dead Island franchise has generally been on the top tier in my book. Especially when it comes to mindlessly killing zombies in the world. I know I'll be giving the beta a go sometime after this weekend. That is at least if the Dead Island 2 doesn't open up after the PSX here. That is less likely but I can dream…