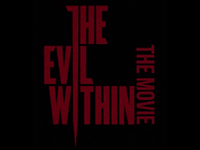 The Evil Within was slated to bring us the most terrifying experience in video games to date. Some would claim that Bethesda and Tango Gameworks fell a bit short on that promise. For every one of those naysayers out there though there is at least one other gamer who has yet to try and make it through the whole game out of fear. I know at least three personal. That to me sounds like The Evil Within hits the nail on the head too well as they refuse to play because they get too involved as they are the ones putting the characters into peril. They are also the ones who are missing out on a fun story.

Luckily for those people Gamebillstudio on YouTube has pieced together all the important parts of The Evil Within and given us a nice two hour and three minute version of the game to watch. The whole experience was captured on a modded PC version of The Evil Within that had the HUD removed and a few different camera angles added to better capture all of the craziness that happens in The Evil Within. The added bonus too is that the group added in other effects over the basic ones during editing to give you a better film based version of the game.

The Evil Within — The Movie

I haven't sat through the whole movie of The Evil Within as of the posting of all of this but I did watch the first twenty minutes or so and it looks damn good. There are a few weird editing jumps and choices that make it a little jarring to actually look at this in an actual film aspect but I think it does convey the story of The Evil Within in a great way that those previously mentioned scaredy-cats can sit back and enjoy the whole game's story since they can't handle running and gunning away from chainsaw men and weird lady demon ghost things. Not my descriptions there.