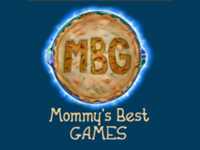 AggroGamer: When and why did you establish Mommy's Best Games Inc.?

Nathan Fouts: I started working at bigger companies, like Running With Scissors, back in 1998. I did programming and design for several other companies, most recently Insomniac Games on games such as Resistance Fall of Man for PS3 and Ratchet and Clank Future Tools of Destruction. I really learned a lot working on big teams and doing those 3D games. But I've always been drawn to side scrollers, strange 2D art, and tight game play. I wasn't getting my fill of side scrolling design at big companies focused on 3D. In 2007, I founded Mommy's Best Game and we launched our first game, Weapon of Choice. A year later on Xbox Live Community Games (now Indie Games).

AG: So how did you guys get your hands in the Serious Sam pot?

NF: Indeed! How did we? Well it is based on Mommy's Best having made some cool games previously! Basically back in 2011, the American publisher for Serious Sam, Devolver Digital, was working to promote Croteam's new Serious Sam 3 BFE game. Devolver came up with a very interesting idea to partner with three groovy, but different independent studios. The concept was they picked three established, places with a style that was different and one they liked. We had made several previous games on Xbox Live Indie Games that they liked a lot such as Weapon of Choice and Shoot 1UP. They asked if we could make a crazy, 2D Serious Sam in our Weapon of Choice style. After I woke up from fainting (I'm honestly a huge Sam fan), I may have fainted again… but at some point I realized they were serious (—eh… sorry), and went for it!

They funded the Steam version, and after it did well, we looked at the XBLA version. The biggest request was coop but I also wanted to really beef up the Gunstacker. Thus in the Steam version (Just plain Serious Sam Double D), there were only 8 gun types, but in the new XBLA version there are 40 different guns! It really makes the Gunstacker interesting to tinker around with.

AG: What has been your favorite Serious Sam installment so far?

NF: Hmm… I would have to say The First Encounter, but I also really liked the Xbox 1 port, playing in co-op. It was kinda ugly, but really fun. Both were amazing experiences… well, shoot, let's just say TFE wins. Also liked how completely weird SS2 was.

AG: Who’s idea was it to add the "Yo Dawg, XZibit" Secret? I nearly died laughing when I found that.

NF: Thanks, mine! I figured he was a perfect complement to the insane, "you need a gun, on your gun" stacking theme in the game.

AG: Who was the creative genius behind the Cooperative Madness Trailer?

NF: That would be Devolver Digital. They passed things by me but the initial concepts were all theirs. Pretty great stuff, huh?

AG: Is there an old franchise/game that you would love to get your hands on? If so, why?

NF: The Ooze on the Sega Genesis. I think the idea was great, but the game is too darn frustrating. I'm not sure if there's a name behind it, but I think it'd be fun to try to make it again, and make it more fun.

We would like to thank Nathan Fouts for his time and be sure to check out Mommy’s Best Games on XBLA, as well as Steam for Serious Sam Double D XXL, Shoot 1UP, and Weapon of Choice.