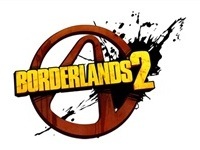 Borderlands 2 begins with a brief summary of the changes to Pandora caused by the first four vault hunters. After opening the vault and defeating the destroyer, a rare element native to Pandora, Eridium, became far more common. Handsome Jack, CEO of Hyperion Corporation (makers of the NEW-U Resurrection Station), is hard at work eliminating the Bandits of Pandora. Unfortunately, that includes Vault hunters and anyone not under Hyperion control. The newest vault hunters, (Salvadore, Zero, Axton, and Maya), are next on Handsome Jack’s eradication list. After narrowly surviving an explosion, the hunter’s meet a little robot called Claptrap and are drafted into helping him get to Sanctuary, a haven for all those who wish to stand up against Handsome Jack. Along the Journey to vanquish the Hyperion Corporation, the vault hunters meet up with several old friends, including the original vault hunters, and some new faces as well.

The vault hunters in Borderlands 2 keep to the base character schemes as the hunters in Borderlands. You can pick from a support character (Axton the Soldier), a tank (Salvador the Gunzerker), a physical DPS character (Zero the Assassin), or an Elemental DPS character (Maya the Siren). Each character has similar skills you can unlock as well as skills exclusive to their class. Each character comes with their own special ability as the first skill unlock. Axton deploys a sentry turret (similar to Roland from the first game) and can upgrade it to have rocket pods and a shield via his skill tree. Salvador duel wields two guns from his active slots, allowing him to deal massive amounts of damage quickly and can unlock abilities to regenerate health and taunt enemies into attacking him. Zero deploys a hologram of himself and turns invisible. The longer he stays invisible the more powerful his next attack is. He also has a skill that will deploy another hologram and extend his invisibility if he melees and enemy. Maya has the ability to phaselock, or suspend an enemy in midair for a few seconds. She can upgrade the ability to also deal elemental damage to nearby enemies or even change her ability completely to charm an opponent and have them attack other enemies for a limited amount of time.

The character’s share similar skills such as increasing damage to guns or melee as well as accuracy and have skills specific to their class. Zero’s skills stick to increased critical damage, sniper skills, and also has a mark ability that magnifies all damage dealt to an enemy that he melees. Maya has skills that increase chances as well as magnifies damage done with elemental damage and also attaches elemental damage to guns that would be without. Axton focuses on powering up as well as reducing the cool down of his special ability. Salvador keeps himself loaded with abilities that increase ammo held; auto reload guns in the active equip slots, and even regenerate ammo while shooting.

Borderlands 2 has added many new features on top of Borderlands and subtracted a few to ultimately increase enjoyment. In the first Borderlands, as you traveled Pandora you would randomly complete challenges to earn you money. The Challenge tab was hidden behind the quest tab, making it a little cumbersome to check challenges and progress. In Borderlands 2, the challenges get their own tab called BAD ASS RANK. The more challenges you complete the higher your Bad Ass Rank would go, and at certain milestones you would get a Bad Ass Token. You can spend Bad Ass Tokens on various upgrades like gun damage, accuracy, max health, shield recharge rate, and many other base attributes. These upgrades will stick to your gamertag and apply to any and all characters you create whether you create them on the same hard drive or not. And challenges also reset with each new character allowing you to restart the Bad Ass Rank all over again without losing the upgrades you've already made. The more characters you make and complete challenges with, the more powerful your next character will start out as.

A whole slew of new abilities have been added to guns such as Firing Increases Accuracy which basically reverses the effects of recoil, the longer or faster you shot the more accurate your shooting will become. This ability can be double edged sword thought, considering you may not want to (or be able to) rapid fire a sniper rifle. Another ability comes with the new Tediore manufactured weapons which you reload by throwing and exploding, damaging anything close enough to the blast and a new gun of the same type and stats appears in your hands. Load screens now showcase various guns you can find throughout Pandora. While you are waiting you can gawk at the physical aesthetics of any gun. Unfortunately, it doesn’t show off the stats and abilities the guns hold, but they are still pretty to look at.

Enemies that have been dealt enough damage to be in critical condition began to show their disabilities. Bandits and creatures that are low on health will begin to limp, flying creatures will lose their wings and be forced to crawl around, robots will begin to spark and malfunction, and so on. Hitting an enemy with your vehicle will not reward you with an explosion of blood and gib anymore either. You can watch as your vehicle barrels over them and they continue rolling behind as you come off them. It takes several hits to be able to kill anything just by running over it now, the bigger the creature, the more times you have to run it over.

In the first Borderlands, the Moxxi’s Underdrome DLC introduced a safe that allowed you to store guns you wanted to keep but didn't want to take up backpack space on your character. The safe makes an immediate return in Borderlands 2 as soon as you make it to Sanctuary. A quest latter reveals a smaller safe that allows you to transfer guns between characters just by storing it in the safe. As long as the gun is in the safe any character you play as can go to the save and take anything out or put anything in even if you found the weapon while using another character. Also if you would like to give a gun away to your friend in exchange for something else, some money or another gun, Borderlands 2 has integrated a trade system between characters playing in an online game. Just walk up to your teammate, hold the prompted button and await them to accept the trade. Form the screen that opens up you can put weapons in, showcase weapons to your friends allowing them to see its stats or even challenge them to a duel to get a gun they picked up off the ground before you could take it.

If you want to return and fight a boss again to get a chance of getting one of their special drops, all you have to do now is return to the area and the boss will magically be alive and ready to try and kill you again. This has been a little tedious to me as I am constantly back tracking in order to do new quests I have picked up. And the best new feature of all, NO FALL DAMAGE. No matter how high of a jump you make as long as you have an area inside of the map to land on you won't get hurt. Now if you climb a high structure to get an item or complete a quest you can simply jump off the top instead of having to traverse all the way back down to the bottom via the same way you came up.

The amount of references in Borderlands 2 far outshines the first. While playing I have gone through quests that lead to references and have also run across so many in my random exploring I've lost track of them. One such quest leads you into a sewer where you have to bait enemies out into the open by using pizza. The debriefing for the quest when you return it just says "References." I haven't seen this many references in a two hour span since the last time I watched My Big Fat Independent Movie.

Anyone who loved the first Borderlands game will find plenty to love about Borderlands 2. With more comedy in the dialogue, several thousand new gun combinations, and plenty of quests to keep anyone busy and traversing all of Pandora, Borderlands 2 will be able to hold people's attention, at least until the next blockbuster comes out. Anyone who enjoys looting, scavenging, and indiscriminate bad guy killing should go out and get this game.

Borderlands 2 was developed by Gearbox Software and published by 2K Game for the PS3, XBox 360, and PC on September 18th 2012. It currently retails for $60. A 360 copy of the game was purchased by myself for review purposes.