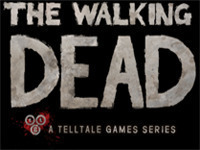 Just as before the story picks up shortly after the events of the last episode. This time supplies are not just running short, but some are going missing and there looks to be someone signaling the bandits introduced in the last episode. Tensions run higher than ever and the group is forced to leave their base camp. Lee is forced to keep everyone calm and orderly and at the task at hand. But as should be expected, humans cannot be trusted to do that and things go south quickly. Not to mention there is something secretive going on with Clementine leading into the next episode.

Now I could be wrong and misperceiving things, but it looks like the timer to make choices has been greatly sped up. That or they have written more for what is to be the quick responses. I actually found myself forced to just choose and hope it was what was meant so many times because the timer would start and be almost empty before I could read two of the responses. It is suppose to be able making snap decisions, but when you can't even read through them all to even know what they all say you'll get forced into a corner real fast. At least I found that happening to me with most of the conversations. Most of which were misleading as well. I never knew that choosing words that should be calming would force Lee to be in someone's face exacerbating everything.

All of the above could also be linked to what also seemed like a rushed episode. I have yet to have had any issue with glithcing or freezing, but this episode seemed way too buggy. In fact I had to restart the game four times due to something glitching and replaying the same animations over and over. If it wasn't that, it was some form of graphical glitch that caused background elements to come to the foreground and obscuring the events that were playing out on screen. One of which was one of the scenes I am sure that Telltale meant to be very emotional. Looks like this episode could have used a bit more polish or bug checking.

While I did mention one of the scenes above got ruined by a glitch, there were so many more that literally had my jaw dropping out of shock. They are totally keeping the same level of suspense and drama that the comic has kept for so long as well as keeping you guessing who is or isn't safe. Even those that you go completely out of your way to ensure their safety could get the axe at any time and in this episode it is completely driven home.

Also, while it has been known to be a "point-and-click" adventure, they always seem to get in some new form of game play just to mix things up. In this case a little bit of actual puzzle solving and FPS elements. You might be thinking "Why?" when it is supposed to be a point-and-click. But rest assured that it all fits and blends perfectly. In fact you might not even catch the shifts they blend so smoothly during the game. It was just done so well.

Just like the first two episodes, for the story alone Episode 3 is well worth the price. Hopefully they will have a patch out soon to address those glitches as I know I was not the only one plagued by them. Once that goes out this will be my personal favorite out of all that have been released so far. I honestly don't remember having the same reactions in the real world with the other episodes as I did with this one.

The Walking Dead was developed and published by Telltale Games for the PS3, XBox 360, PC, and Mac OS. Episode 3 released on August 28th 2012. A season pass for the game was supplied by the publisher for review purposes.

Underground [ Wednesday, 5th of September 2012 - 10:36 PM ]
I completely agree with you I felt like the time they game you to make decisions were really sped up its not just you. I don't know if this was intensional or a bug but it was annoying. I did think it was really well written like the other two episodes though.
Go ahead and login or register