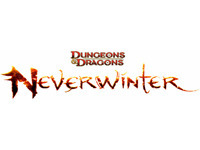 The first thing I have to say that impressed me was the fact that the game deviates from the "tab" based combat system and takes on a very active based one. At first I didn't really get a feel for it, main attack was Magic Missile after all, but once they NPCs were able to get close enough to me it really sank in. I was able to actually dodge power attacks and AOE spells before they went off. It came down to skill a bit more than just number crunching on the back end. This made it nice to see the Wizard turn into the Cleric due to the fact that I was able to maneuver better than the Rouge and Fighter players. They died a lot is how you can read that.

Another point in the game's favor toward a great DnD video game was the inclusion of "Daily" spells or actions. While in most MMO games you have cool down on all actions, NW didn't seem to have any outside of the big ones. After using one, that was it until resting. It wasn't clear if it needed to be at an Inn or camp, but there was no cool down for the bigger badder abilities. This really brought me back to my old pen and paper days of DnD. While I know that in an MMO having a set number of spells per day doesn't work for everything, it worked extremely well here for hardliners like myself.

While the combat and spells had a very authentic feel, it is also worth noting that Cryptic also seems to be taking in the immersion factor here as well. They want you to "be" the character as much as possible and lose the mindset of the MMO style. Much like other games spoken of, they are doing this through limiting the UI/HUD you have on screen at all times. It is always available for those who want it, but it tries to stay hidden or off screen as much as possible. As I've said in other articles this is something I personally love when it comes to immersion.

Lastly, as I was not allowed more time to dig deeper, I love the fact that the developers are supposedly staying in close contact in regards to the new version of DnD when looking for rules and changes. At least this was tidbit dropped by the person giving the demo. While they are basing a lot off the 4th edition rules of the pen and paper game, they are looking to the future version to really drive home the feel of the non-video game version of the franchise.

I would go more into the story of Neverwinter, but due to time limitations and most likely the developers keeping things close in that front, the following trailers show and explain it better than I could. Neverwinter should be hitting PCs near the end of the year, with a beta starting up in October. Keep an eye here for updates as well as giveaways for beta codes to this Free To Play MMO.

VulgarDaClown [ Thursday, 28th of June 2012 - 06:29 PM ]
The Wizard sounds cool! At PAX only a warrior was really available, I'm not sure class name but it was mostly dual swords with a berserker skill. I loved it, though.

Hades [ Friday, 15th of June 2012 - 02:11 AM ]
It was printed on the fliers I was handed with the beta codes listed on them. Although from what I've seen and heard, some people can already DL it. I have not been able to yet so I can't confirm outside of what I've been shown. It could be a printing error as only the code I received on day one show that.