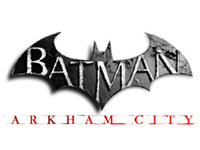 What may they have let slip out into the wonderful world of the interweb? Well the below bullet points.

While not all that detailed, it is a nice little build up for things to come. I do like the fact that you will get to use all of the gadgets from Batman: Arkham Asylum from the start, but I have a feeling that they will go God of War II/III on you at some point. (Read: Taken away to give you a challenge for the rest of the game) That is just my thought process on that.

This also kind of solidifies my thoughts on co-op with Catwoman a bit too. I'm assuming that you will need to swoop in and save her ass before Two-Face "offs" her. It makes sense that would be how they would try to bring in a co-op for all the cry-baby-whiners who think every game needs co-op.

With all that, let's just sit back and see what else the mighty bat-computer will dole out here soon. (Read: The mighty internet and people not wanting to keep everything exclusive before the magazine's publish date.)