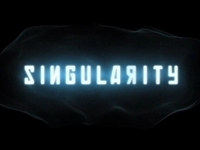 You take control of U.S. Captain Nate Renko, sent to investigate a "secret" Russian facility that was not really supposed to exist. After surviving a helicopter crash, you head in to find out what is going on and what the Russians were up to before the end of the war. During the misadventures, you get transported through time to find out they found some mineral that makes...time...travel...possible*. Oh, it also mutates humans and animals when they are injected with the stuff. Now it is your mission to fix all the time boo boos and kill off all these horrid creatures.

Sounds a bit BioShock-y huh? But is it a good game and worth your time and precious money? Well read below.

It's an FPS that allows you to use special powers with your non-gun hand. So you can figure how the basics are set up for Singularity really quick if you have played any other shooter like this. A slightly higher learning curve does exist, because you get multiple powers that are accessible at all times without having to cycle through active powers. This is nice, except for things like when you want to charge a Deadlock burst (Sphere of frozen time) by pressing and holding the right stick you might just grab an item which is just a quick press of the right stick. It all just comes down to impeccable timing.

As described above, things like this seem to be the main issue I could find with the controls. Well that and not being able to reassign them at all. Something that would have saved a bit of frustration at times when you need to run and heal at the same time; a combination of using the left stick and pressing up on the d-pad. While this was only an issue at a few points in the game, it would have been nice and extremely easier if I could control the button mapping.

When you get to section "Escape The Sewers" you will understand why some of these controls would be nice to re-map for a little bit.

Now when it comes to the sounds of Singularity, you get pretty much what you get out of any other big FPS: the explosions, gunfire, commands issues and the death wails of your fallen enemies. All the things you would expect, but there were two surprises I found during my play through.

First, the voice acting was extremely well done by my standards. I felt engaged the entire time, something that I have not experienced since BioShock. I will admit I walked into Singularity not expecting to be overly engaged with the characters and events going on around them. On top of that, there was enough Russian being flung around by NPCs that you never really felt that they were all canned responses or screams.

The second was some of the crazy environment sounds that peppered the game world. Not the creature noises or wind blowing, but the fact that in some areas where a time rift was, you could hear the echoes across time. At first I reacted by thinking there were soldiers or creatures rushing me when it was just the events going on in another time. Nice little extra effect there.

At first glance you will look at Singularity and think "Meh, nothing all that fancy here." This is just about right, until you learn that a good portion of the textures and models of the game can be altered by time via your TMD (Time Manipulation Device). Something that makes up for the generic-looking graphics for a modern FPS game. You can look at a Russian soldier one second, then hit him with the aging function of the TMD and sit and watch as the model and textures morph into the new form, or revert as the case might be. None of which is covered up by some kind of distracting lighting element or animation to make you miss the fact that something is changing.

I only wish that Raven would have taken the time to add this kind of attention to detail when it came to showing that you were in 1955 or 2010. The buildings you go to, for the most part, are hard to distinguish what year you are in. Unless Raven really wanted to show that Russian in 1955 looks almost identical to what it would look like after an explosion and 55 years of aging. It just seemed like those textures didn't always get the nice paint job between eras. I got confused a few times on what time I was shooting people in.

Like the controls, it's a FPS with special powers on the non-gun hand. That pretty much sums up the core game play for Singularity.

What really adds to the game play of the game are the actual abilities you get from the TMD. Some of which, once leveled a bit, make flying through the game insanely easy - even when on Hard mode. The Deadlock for one is one of the most over powered tools I've seen, just by leveling it twice. A feat that can be done rather quickly once you've received the power.

Why over powered? Because it creates a bubble of frozen time that can capture enemies and slow their fire. A skill I used often to run up and score easy head shots on almost an entire platoon before dropping it and watching their heads pop off. While I laughed every time, it made worrying about health and ammo non-existent.

This over powering also moves into some of the special guns you get as well. Like the sniper rifle where you get to guide the bullet in... before it explodes. Not only that, time is brought to a crawl during the bullet's flight. Once again leading to a lot of easy kills with little worry. I took out 48 soldiers in one sitting with the gun without being hit once.  I did not move a muscle as I stood in a wide open position on a bridge.

While there were a few parts that were extremely frustratingly hard or easy during my game play, the rest of the game completely made up for these faults. I mean, some of these faults were me abusing the system set up, but they still count. That really didn't detract from the solid parts of the game. So it all balanced out in the end.

To go with that, the story of the game is actually much more interesting then what was presented at E3 '09. Not to mention the way it was presented. Along with good story presentation, I also enjoyed the fact that the designers took the time to hide in homages to a few "geek" things from LOST, Metroid, Borat and slightly to Chrono Trigger. The last was to be assumed as it is also a game about time travel. Hint: The Chrono Trigger thing is the fact there are three endings based on your final choices in the story.

At the end of the day, I would recommend Singularity as a possible buy but definitely a solid rent. There is a robust Multiplayer I did not get a chance to play through at the time of this review. This looks to be leading to a lot of re-playability. All things aside, just getting the story in your head is completely worth it.

Singularity was developed by Raven Software and published by Activision on June 29th for the PS3, XBox 360, PC. Retailing for $59.99. A copy of the game was provided by the publisher for review purposes. I played through the main story on Hard mode on the PS3.

* Editor's Note: I couldn't help myself, the reference had to be made.  Blu-Ray on October 26th!