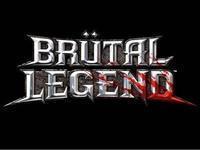 Brütal Legend is an RTS, action/adventure, hack n' slash, driving game. Yes, you read that correctly. It has a little bit of a bunch of genres and a lot to explain. Let's get into it before I try to here.

At first glance, one would and most likely would think that this game uses just a basic Hack N' Slash type of controls. Just from watching the game trailers for the game, how could you not? Well for a part of the game, it very much does. At least in the standard that we've come to expect from games like God of War. You run, you slash, you quick cast lightning and fire by just pounding on the buttons in different combinations. But this is only the tip of the berg.

While it surprised me a bit more than anything, the RTS controls in this game work very well for a console. Something I have yet to find without the need of hooking up a USB mouse. But the summon commands and basic commands lend themselves perfectly to the controller based controls. You can summon and send a huge group or small group of troops attacking with only a few button presses. Unlike others that require you to use precious time selecting all the units you want. One press does that for you here.

On last set of controls I wanted to bring up for the driving. Something I complained about during a hand's on of the game at E3 and then again at Comic Con. While not tightened up like I was hoping for, it is explained why they are so loose, at the beginning. Once you upgrade a few things in the game, they do go from pretty bad to down right perfect. They work just as explained in the hands on, thumb sticks to move and triggers to stop and go, but you will get frustrated with the response times you will get until upgrades take place.

Looking at the game engine and the actual graphics levels the game is pumping out, they are not the over the top like Uncharted or Resident Evil, as far as realism. In fact there are a few scenes in the current times, seen in the intro, that have you questioning if things are going to go down from there. But that's not the point and style of the game here. The bulk of the graphics here is all about the genre and style they are going for, which is a very metal and fantastic look.

After boiling the visuals down to this fact, Brütal Legend completely delivers. Everything you see in this game can easily and quickly be related back to any Metal or Rock themed visual. Look at anything from Ozzy, Judas Priest, Dethklok, any metal album at all and you will see something in this game that reminds you of that album. I'm not even talking the music here, but the straight up visuals of the game. Even some of the creatures of the game look plucked right from minds of people like Rob Zombie. Watch the demon bikers and try not to think of some of his illustrations.

First and foremost, this game has one of the best sound tracks to a game I have played to date. Any one that has any likes for classic metal to the newer stuff will hear at least 3 to four songs that get them completely pumped for a fight or get away. I almost crapped myself when starting the battle to get dry ice for my stage and Cradle of Filth's Her Ghost In The Fog came on. Or when speeding away at top speeds while Through The Fire And Flames is speed metalling itself in the background. Even when Ophelia is telling her story and Ozzy's Mr. Crowly began to play. Everything worked perfectly for this game, as far as syncing and selection.

Where it does fall a little flat though was in the actual use of hardware to blare these songs and effects into my living room. During the above speed scene, I had to turn down all of the effects of the game to hear the song as I sped to safety as the explosions and crumbing drowned it all out almost completely. You would think the song would be featured more in the basic set up of the audio than the effects. This issue also gets a little flip flopped too, the effects being dull when it comes to shooting them through my surround system.

The opening boss fight, and a few others, have the boss letting out some form of loud scream or noise. Something I was waiting to make my butt hole spit into my pants with how the game was going, but the actual audio sounded more like a buddy screaming at me through a window. It just seemed like the music was the most important audio part of the game and everything else was kind of polished up a bit so your average user might not notice.

One last thing before I move on from the audio is the voice acting. One thing that can be very damaging to the story telling aspect of a game like this. But with the expertise of the actors doing the voice work and a rather well written script, Brütal Legend does not fall flat like some of the effects. Each character seemed written specifically written for the actor instead of altering a character to better fit the actor. Even Brian Posehn's character just seemed to have the personality that everyone is use to getting from him. So it all makes the characters feel more alive.

This one of the game's shining factors in my opinion. Mainly because it truly does have a little bit of everything for anyone's play style. The above mentioned Hack n' Slash to Rhythm to Driving to the genre the game was originally built for, RTS. Which, the funniest part is that with all the other little modes added in, one can easily forget that it actually is an RTS game. At least until you get to the main game battles.

But since it is an RTS primarily, and I've talked about the others a bit already, let me pin point on this game play.

At first, it takes a lot of getting use to using the triggers to bring up the summon unit menu and then giving orders once they are summoned from the stage. But once you get into the swing of things and read the tips and help screens, you can fly through the battles with the grace of a Korean in StarCraft or WarCraft. The only hard part is to keep your "Hero" moving in at the right time to keep your troops surviving and destroying the enemy stage.

That's right, you actually get to control the Hero unit in an RTS and not just give them commands and hope they do what you want. Granted, the Hero unit is the main character in Story mode and the Main Hero or Villain of the other teams, but when it all boils down, they are the Hero class and you get to roll in and join the troops first hand. Through the use of the basic game controls and function to boot. A nice little twist to the RTS genre.

The main story to this game can be beaten pretty easily and quickly, if you are not playing on Brütal difficulty, but it plays out just as would be expected. Hardcore and full of wacky humor. Humor that is not just your standard Jack Black type affair either. Mix in a bit of the "Bad Boy" antics from all of Metal and Rock's biggest names on top of that, with the weird sense of humor from Mr. Schafer and staff. All of this mixes into an interesting, albeit short, game story that keeps you well entertained.

Story aside though, the game itself has so many extra little things placed in to keep you coming back. I'm not talking just the multiplayer either, which yes it has and plays much like the main game skirmishes, but I'm talking just rolling around the game world even after you have beaten the game. There is just something about running down little monsters with the Deuce while completing all the little side missions and trophies/achievements of the game. Something that can be tricky, yet still has me enjoying the hells out of the game afterward.

This game is a great addition to any game library, for Metal and RTS fan and non-RTS fans. It offers up quite a bit of fun and humor and one thing I am a huge fan of, EPIC STORYTELLING. While the general story by itself is not as epic as other games, the legends and myths mixed into the game are worthy of a whole splinter franchise from it. For just this alone, the game is worth a view if not a full on purchase. It does have that multiplayer the kids are all crazy about too, so maybe even more reason to pick up a full copy of your own.

I do want to say that I still think the game was extremely over hyped. Something which I was afraid would end up either hurting the game or something to cover poor game quality. I'm glad that neither of those were the case, but I don't think the game needed the infomercial called the VGAs earlier in the year and then all the PR stunts and events that followed after. I think people who were on the fence if they were going to get the game will be let down if it is the Hype that drew them to purchase and not serious interest in a Metal RTS.