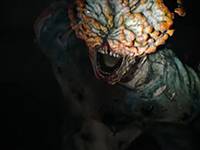 After a whole lot of waiting and anticipation, we have our first real look at the upcoming series for The Last Of Us. This is the one that has been in development for HBO Max with Pedro Pascal and Bella Ramsey playing our main two protagonists in the story. Just in case you have missed out on all of that and what Naughty Dog has been able to share about the project before now. Thankfully, we do not have to just go on what the game developer has to share and we can now see some of what The Last Of Us is going to offer up as the other team takes this project and turns it into a reality. The diehard fans are already gearing up their pitchforks for all of this I can feel as of now, even if it looks like it is going to be an amazing retelling of it all.

Right from the start here, though, it looks like they are capturing the look and feel for the world of The Last Of Us even if the characters are not as accurate as some of demand they are. That all aside, it looks like there is going to be the same level of dread, horror, and storytelling (Visual and Verbal) that we have come to expect from the IP too. There might be a few deviations to tell a better story in the medium that they are working in, but as long as The Last Of Us keeps the core to it all, I will be along for the full ride. Given that even the first Clicker noises in this trailer took me right back to my first experience, I have a solid feeling that we are going to be in for an amazing ride with all of this. If only we did not have to wait until 2023 to get to experience this version. I guess it is back to the video game as we all wait for it now.

The Last Of Us — The Series First Teaser

Save who you can save. The HBO Original series The Last Of Us is coming in 2023 to HBOMax.

The series takes place 20 years after modern civilization has been destroyed. Joel, a hardened survivor, is hired to smuggle Ellie, a 14-year-old girl, out of an oppressive quarantine zone. What starts as a small job soon becomes a brutal, heartbreaking journey, as they both must traverse the U.S. and depend on each other for survival.

Pedro Pascal (The Mandalorian, Wonder Woman 1984) and Bella Ramsey (HBO’s His Dark Materials and Game of Thrones) will star as Joel and Ellie.

The series will guest star Nico Parker (The Third Day) as Sarah, Joel’s 14-year-old daughter; Murray Bartlett (The White Lotus) and Nick Offerman (Parks and Recreation) as Frank and Bill, two post-pandemic survivalists living alone in their own isolated town; Storm Reid (Euphoria) as Riley, an orphan in Boston; and Jeffrey Pierce (The Last Of Us video games) as Perry, a rebel in a quarantine zone.

Graham Greene guest stars as Marlon and Elaine Miles as Florence, a married couple surviving alone in the wilderness of post-apocalyptic Wyoming.

The series will be written and executive produced by Craig Mazin (HBO’s Chernobyl) and Neil Druckmann, of The Last Of Us and Uncharted video game franchises.

Carolyn Strauss (HBO’s Chernobyl and Game of Thrones) will also serve as executive producer, along with Evan Wells from the original game’s developer, Naughty Dog, and PlayStation Productions’ Asad Qizilbash and Carter Swan.

Have you been excited to see what this version of The Last Of Us will offer up or are you one of those humans that want to see the game retold shot for shot? Do you like to see that some of the actors from the game will be mixed into this version here or will you even notice given how most humans look at things? When do you think we will get this series to start up in 2023 and will it be later in the year instead of early? Tell us all down in the comments what you are thinking about all of this and then discuss it all until the show comes out. We will be watching out for more for The Last Of Us, so keep watching the site to see all of those updates as we are able to get them.