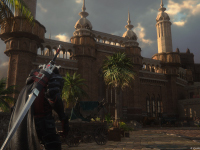 We have all been waiting for something major to come out for Final Fantasy XVI since it was listed as delayed not too long ago. A delay that left many wondering when Square Enix might be able to give us this title, among others we are waiting on. The wait is still going to continue for Final Fantasy XVI, for now, but we have a solid timeline listed for when we should expect the game to hit the PS5. That being the Summer of 2023 now. So, just over a year away but there is an end in sight and most likely more in the coming weeks when the IP hits another massive anniversary event. Something that will most likely be larger than expected, as this feels like something they would have normally placed as an opener or closer for that show.

While getting that release update is nice, it is always better when it comes with new gameplay for Final Fantasy XVI. This is what we have to share just a bit lower so we can see how some of the action-oriented combat we will experience. The bigger showing is how the summons, or Eikons for this one, will bring some of the iconics back from the past Final Fantasy titles to give us some massive allies to aid us. Although, some of them look like we might have to face along the way. If this is to unlock them to join us or that some of the enemies will have access to summon them too, well that is to be seen in the final game. You can see them all below. Even if it is missing the best one ever, Anima. That one always felt like so much fun to me even if Hades will always have a place in my heart too.

Final Fantasy XVI brings players into a world where Eikons are powerful and deadly creatures that reside within Dominants — a single man or woman who is blessed with the ability to call upon their dreaded power. The story follows Clive Rosfield, a young man dedicated to mastering the blade, who is dubbed the First Shield of Rosaria and tasked to guard his younger brother Joshua — the Dominant of the Phoenix. Unexpected events set Clive on a dark and dangerous road to revenge.

Final Fantasy XVI for PlayStation 5 console will be released globally in the summer of 2023.

Are you glad to see the classic Final Fantasy summons coming back to us or would you have rather seen some new ones made by now? Do you like the look of the combat or is it a further shift from what you loved about the IP over the decades? Does the Summer timeline match up with what was assumed for you or is it much sooner than expected after all of the delays? Give us all of your feedback down in the comments and then let the discussion start flying out there. We will share everything we can for Final Fantasy XVI in the coming days, weeks, and months leading up to the launch. All you need to do is keep a close eye here and on all of our socials to make sure you do not miss out. We might even get some live gameplay down the line too…