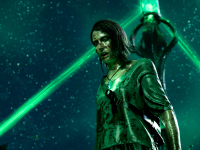 A new title, The Chant, is coming for us all with The Chant offering up some new kind of horrors out there to experience

Enlightenment is going to have a dark twist on it soon with the announcement for The Chant. A new title that is aiming to hit the PS5, Xbox Series X|S, and PC later in the year that is coming from Brass Token. A title that is hoping to twist things up but also show that not is all lost in a new kind of cosmic horror that we will be able to immerse ourselves in. That is as long as what we have teased for The Chant does fully come to light and this is not a weird marketing ploy from Prime Matter or something. My guess is that it is not since we have some fun stuff to look at and try to figure out, even if there does not seem to be much in the way of actual gameplay.

It is hard to say just what we are going to get in The Chant based on all of this beyond an interesting look at 1970s horror, of sorts. While there is the every-looming horror of the cosmic horrors and dread that mankind normally holds within them, we will have some new age cult practices in the game to help us all along. My guess is that this is how we will build up some form of stat system in The Chant since it will help strengthen mind, body, and spirit as the game progresses. Progresses toward what? Well, I have a feeling more of that will come out down the line once the teams are ready to show their baby off to the world in a massive way.

Peace, tranquility, and enlightenment on an idyllic remote island — what more could you possibly want? Get ready for a spiritual nightmare on Glory Island when The Chant launches later this year on PlayStation 5, Xbox Series X|S, and PC.

The dark side of spirituality breaks through the confines of normality in the new psychedelic horror The Chant. The upcoming single-player third-person horror action-adventure game — developed by Brass Token and published by Prime Matter — will have players on the edge of their seats later this year.

Set at a spiritual retreat on a remote island, The Chant has you trying to survive against a host of prismatic terrors that are unleashed after a group chant ritual goes horribly wrong, opening a portal to a nightmare dimension called The Gloom.

This dimension feeds off negative energy and starts driving you and the others mad, preying on your own anxieties and fears, and manifesting as interdimensional creatures: ultimately taking you on a journey of psychedelic horror the likes of which you have never experienced before.

But all is not lost; only by unraveling the mysteries of a 1970s new age cult while strengthening your mind, body, and spirit, can you reverse the chant and avoid being trapped in the gloom forever.

Do all of the basics for The Chant catch your eye or is it something you will only keep in the corners for now? Do you think that this will be more of a traditional horror with some RPG elements or will it be a walking sim that has some basic stats? What do you suspect were the main source of inspirations for this game and how will that drive the broader scope of things? Tell us all of your thoughts on this down in the comments and then feel free to discuss it all as you wish. When we have more to share for The Chant, know it will all be here. All you need to do is keep checking back in for all of that and much, much more.