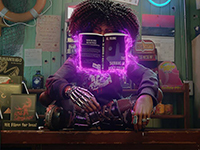 I do hope that you did not have your heart set on getting to experience Redfall or Starfield this year on the Xbox Series X|S or PC. Your heart is about to be broken if you did, as it looks like Arkane Austin and Bethesda Game Studios have some bad news for you. Both titles have been delayed now and will not be seeing the time of day until the first half of 2023. So at the worst, you will be able to play Starfield and Redfall by this time next year. I guess we can all just be happy that they were not just canceled and just delayed a year. If you can find being happy with that for now.

As is always the case, both Redfall and Starfield are becoming massive projects and some ambitions have been grander than expected. Since I am sure that none of them want to go through the same hells that they have been through with other failed massive titles in the publisher's line, they are taking the time to make sure both live up to all of the hype. More so since both titles will also have a limited release platform out there too. They do need to make sure they can get as many players in on Redfall to make sure it does not just suck. Pun totally intended there. Now we just need to sit and wait.

An update on Redfall and Starfield. pic.twitter.com/pqDtx26Uu6

Are you extremely let down to know that you are going to have to wait more for Starfield out there? Do you think that this will be needed to get a solid win here for Redfall? Could this all end up biting the studios and publisher in the end with how limited the games are going to be in the first place too? Tell us all what you think out there with all of this and then feel free to discuss it all if you so wish. If we get any updates for Starfield or Redfall, know that we will share them here. Hopefully in separate updates and not in one collected delay announcement.