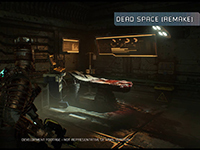 Well, it was a huge day for the Dead Space Remake here as we had a nice long look at the way that Motive Studios is giving it all a huge overhaul. This time it is all about the visuals and how the world, characters, lighting, and effects in the world have made some leaps and bounds since the game first launched so long ago. That should be expected given the run that the Dead Space IP has had up to now, we just get to see it all in some kind of action as well as how the team has put it all together for us. A nice little sight to have at this point as it will be hitting the PS5, Xbox Series X|S, and PC on January 27th. Oh, yes, we also have a release date to put on the calendar to know when this horror will be filling our minds once again. As I said, it is a huge day for the title.

Most of what we have to look at here for the Dead Space Remake falls in line with a behind-the-scenes for the game and nothing in terms of true gameplay. Now you have been warned if you think it is all going to be something from the game. What we do have here is how the team is now able to amp things up and get closer to a real and immersive setting with lights, fog, and shadows. Not only that but a deeper look at the various models and concepts that will go into the upgraded dismemberment system in the game. It would not be a Dead Space title without that. This one will take it to a darker place and offer up varying degrees of all of that, so be warned for those with a bit of a squeamish stomach. Even if that should be a given at this point.

In this segment, Associate Art Director Roy Tuazon, Lead Environment Artist Xaiver Perreault, and Senior Environment Artist Evan Yovanovich show you how the latest tools, pipelines, and techniques are being used by the team to refine environmental art in the game to new heights – including a demo showing the evolution of a legacy room scene to the current work in progress version.

Since the original game’s release technology has evolved profoundly, allowing the designers to accentuate the main pillars of horror, immersion, and a lived-in world. No detail has been overlooked, right down to the smallest latch, rivet, and bloodstain.

Classic Sci-Fi survival horror is back when the Dead Space Remake launches on January 27, 2023 for PlayStation 5, Xbox Series X|S, and PC.

In this segment, Lead VFX Artist Greg Hird-Rutter takes you on a deep dive into the atmospheric and environmental visual effects created by the team including zero-G, pyrotechnics, and interactive atmospherics like fog and smoke. The original Dead Space relied on a muted color palette to help immerse players in the “reality” of the horrors taking place on the Ishimura. The remake will stay true to this design choice but also elevate and refine it further by using modern-day techniques. Even the smallest details, from sparks flying to water dripping, can add up to help tell the story and make the environment feel that much more alive.

From the way visual effects can now change according to specific environmental conditions to the elements of an explosion and how they can affect the overall lighting of the space – you’ll get the chance to see a variety of incredible behind-the-scenes simulations and learn about the physics behind them.

In this segment, Lead Character Artist Sam Compain-Eglin discusses how they’ve stayed true to the iconic elements of Isaac’s Engineer Suit – maintaining the functional, utilitarian look of the original while refining the layering and detailing of the suit to ensure that it looks its best on modern systems.

Next, get an in-depth look at the “Slasher” necromorph – inside and out. Note: this section is only for those with strong stomachs. The team focused both on updating the overall design as well as how this enemy would look while being dismembered by the player. See how the “Slasher” goes from fully intact to gruesomely damaged and ultimately destroyed.

See how the team elevated and reimagined the unique and iconic lighting fixtures from the original game to show more depth and detail and even the inner workings of the lightbulbs. Then see how real-time lighting effects allow artists to better fulfill the vision laid out in the incredible concept art. You’ll get a glimpse into everything from the pale flicker of corridor fixtures to the deep blood-red quarantine lighting and how they continue to build the Ishimura’s atmosphere. Finally, discover how the team is using realistic volumetric fog that allows control of fog movement, textures, colors, speed, and density to add atmospheric perspective and ambiance to a level that elevates the feeling of survival horror as players interact with it.

If you thought we would get away from the Dead Space Remake without any gameplay, you would be wrong now. Even if all we have is some pre-alpha footage to look at as Isaac moves about the engine room of the ship and gets things up and running. All of the game's AI and other features have been turned off for it, but it does a great job of showing all of the above in a close to finished area of the game. It is also the closest we are going to get for any gameplay for the Dead Space Remake before this Halloween, so you will have to just kick back and enjoy it all for now. Even if it is only a short segment of it all, it still looks like the team is going to truly shock us all this coming January.

Motive Studios invites you to an early look at the current stages of development on the Dead Space Remake. Creative Director Roman Campos-Oriola and Senior Producer Philippe Ducharme are joined by Art Director Mike Yazijian and special guest Blayne Smith to discuss how the team is rebuilding the game’s art, character models, lighting, and visual effects for today’s generation of platforms and the new Frostbite engine – while staying true to three key art pillars throughout the design process: “Horror,” “Immersion” and “A Lived in World”.

How are feeling about the visuals and art style of this upgrade Dead Space here and is it living up to the hype? Do you think that most players will notice all of the finer details and visual stories being told here or will that all be in the subconscious and nothing more? Do you like the new look of Isaac's suit and the various other Necromorphs we will experience in the game? Feel free to let all of your thoughts flow out there down in the comments and then let the discussion fly. When we have more to offer up for the Dead Space Remake, know it will all be here. All you need to do is keep checking back in for all of that and much, much more.