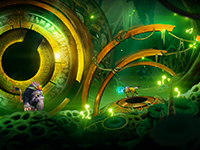 Check out the new trailer for Space Tail: Every Journey Leads Home that has dropped out there for our viewing pleasure

Space Tail: Every Journey Leads Home is a 2.5D platformer title for the PC and Switch coming from Longterm Games and RedDeer.Games and is set to release this Fall.

Longterm Games announces their first title — a space story about self-discovery and the understanding of the world around, Space Tail: Every Journey Leads Home. The game will be released on Nintendo Switch this fall thanks to RedDeer.Games.

In this 2.5D platformer we are going through a story of the dog named Bea, send into space, who along with the players is having epic adventures and meeting a lot of less and more friendly creatures from outer space.

This action platformer will be available on Steam and Nintendo Switch, with current and previous-gen consoles in the near future.

Story for the fans of such titles as Ori And The Blind Forest, Inside, Limbo, and Journey is inspired by real events, when people tried their conquest of the space and were just starting it, to be clear.

Before humans explored the space by themselves, a lot of animals were paving the way to the stars — they were those, who saw up close what a lot of people encountered years after.

Unfortunately, a lot of them did not survive this journey… except for Bea.

Gameplay in Space Tail: Every Journey Leads Home is based on three mechanics: senses, relations, and companions.