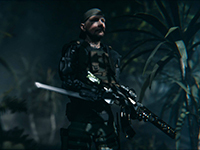 Those that have been looking to make the jump to a different Battle Royale title in 2023, you can start to keep an eye on Off The Grid to maybe scratch that itch. That is, at least, if you are up on the PS5, Xbox Series X|S, and PC and this new title from Gunzilla Games is looking like it is also something you want. Off The Grid will be using UE5 to build it all, so at least we will know it is something that has shown to work well for those style of titles. Granted, it has also given us some others that we do not talk about anymore. Let us all focus away from that for now and see just what this new one will offer up to those ready to head into a new cyberpunk world and slay all of their friends and randoms in the mix.

While we do not have much in the way of a solid showing for Off The Grid here, we do have a bit on how it will try to stand out from the others. Beyond using a realistic and futuristic-looking world, it will house 150 players to fight amongst each other and offer up some different PvE elements out there. All while giving us storyline missions to explore in the heat of battle in Off The Grid too. Again, nothing too over-the-top but something to aim to try to make it all stand out there and get you in. Have a little look at the short bit we have and then get ready to wait until we get something more concrete to expect and wait for to come in 2023.

Off The Grid — Announcement

Gunzilla Games announced OTG (Off The Grid), an all-new AAA Battle Royale third-person shooter, due for release on PlayStation 5, Xbox Series X|S, and PC, and expected to arrive in 2023.

Set within a dystopian future, the cyberpunk-styled shooter plans to evolve the genre through a strong emphasis on narrative progression, led by Chief Visionary Officer Neill Blomkamp and Script Writer Richard K. Morgan. In addition, industry veteran Olivier Henriot (Far Cry, Assassin’s Creed) assumes the role of Executive Narrative Director, ensuring a wealth of top-tier talent to bring the world of Off The Grid to life.

A Battle Royale like no other, in OTG, 150 players fight each other in PvP (Player Vs Player) skirmishes, as well as PvE (Player Vs Environment) storyline missions using the same map inhabited by other players in real-time. Players have the freedom to control how the hard-boiled story unfolds, with each decision made directly impacting everyone’s gameplay. Core to the experience and deep narrative structure is the unique way in which players can craft, customize, and trade their in-game items with each other. In OTG, the lines between hero and villain become blurred as players fight to survive the covert corporate battles of the future.

Have you been hoping to get a new battle royale title to add in there or are you good with what we have now? What do you want to see added into Off The Grid as we gear up for the 2023 release window they have set down? Do you think we need more than just extra players and a different art style to make this all stand out? Tell us all what you are thinking down in the comments and then feel free to discuss it all if you so wish. If we have anything more to share for Off The Grid, know that we will have it all here for you to enjoy. I am sure that this is not the last we have heard of this and I am excited to see how it will all grow.