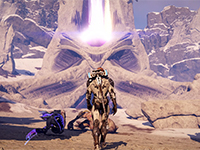 We are just about to have the launch for ELEX II, which means it is also time that we get a final breakdown of what is going on in the game. There is still a lot going on from the first game that Piranha Bytes dropped on us, but the sequel does need something more to drive it all forward on March 1st. Not to mention an explanation on how we are back to the basics since ELEX so we do not start out overpowered from the jump of it all. This is something that direct sequels can either do very well or very poorly. Here is where we get to have an idea on which side of the coin this one will be when it hits the PS4, PS5, Xbox One, Xbox Series X|S, and PC.

The video does dive into this issue just a bit from ELEX, but just on the side that we need to regain all of our powers and gear throughout the game. Not only that, but it looks like we will have to build up our stats over time too. All while we go about Magalan out there and choose a faction to join with. That is a faster way to boost our gear and a few other things as it all seems here. My guess is that it will also allow us to take on more missions in ELEX II so we can speed it all up too. Just as we should assume on open-world RPG games that we have had over the years too. Have a look and get ready to take flight.

Welcome back to Magalan, where ravenous wildlife threatens your every move and warring factions are constantly at each other’s throats. To survive in this huge, open world, you will need to regain your powers. Learn to use the secrets of Magalan to your advantage and you might just be able to save this planet… We are counting on you.

Are you ready to see how things have progressed since ELEX or did you get all of that from the above video? Do you think we will get a better explanation of how it all went down or will it just be a thing that we have to deal with? Have you figured out your faction for the game yet or will that need to wait until you are in for it all after launch? Let us all know down in the comments and then feel free to discuss it all. If we have more for ELEX II, we will share it all for you here. Please keep checking back in for all of that and everything else that we have to offer up.