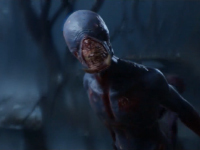 The pre-orders for Evil Dead: The Game are here and they are bringing some amazing Evil Dead goodies too

The pre-orders have begun for all of us to join in on Evil Dead: The Game for all of the platforms. This is one of those titles that I have been looking forward to for a while now, and not it looks like Saber Interactive has it all ready for us all. You can head out now and pre-order this gem to snag two extra skins for Ash in the game. Weirdly, not based around the directly named Evil Dead films, but the Army Of Darkness film. We are getting an S-mart Ash and Gallant Ash to run around and take on the demons and others out there. Now we just need to wait until May 13th for it to launch on the PS4, PS5, Xbox One, Xbox Series X|S, Switch, and PC. Even if you cannot snag the collector's editions of the game for all of the platforms currently.

Yes, in addition to getting some new skins for Evil Dead: The Game by pre-ordering, we have the option to shell out more to get some fun new goodies too. Some physical goodies for the PlayStation and Xbox versions of the game. With an Ultimate Collector's Edition and Collector's Edition of the game getting announced. Both contain the core game, an art book, colored vinyl soundtrack, a t-shirt, season pass, and a third Ash skin for the game. For those massive Evil Dead fans, the Ultimate Edition will also have a full-size replica of the Necronomicon from the second film. That will definitely be a talking point to have on the coffee tables out there.

Okay you screwheads, let's do this thing!

Evil Dead: The Game is the blood-soaked co-op and PVP experience you've been waiting for — and we have two limited-run collector editions loaded with groovy goodness that you won't find anywhere else. Step into the shoes of iconic horror hero Ash Williams (voiced once again by Bruce Campbell himself!) or join up to three of your friends in an over-the-top melee-shooter featuring wild weapons and crazy characters that only Evil Dead could cook up. You can also play as the vile Kandarian Demon and haunt the world in spirit form to terrorize survivors, spawning Deadites and controlling items throughout the environment! You can even possess players and control their characters while they fight to save their souls!

So give us some sugar…and get your Collector’s Edition of the Evil Dead: The Game while supplies last! Limited to 1000 across all versions Limited to 5000 across all versions

Are you ready to pre-order this one and get all of the fun Evil Dead bits mixed in? Will you be going for the basic level of it all or are you in for one of the exclusive collector's editions? Do you want the Necronomicon in your house or will that be a bit too much for you and this style of game? Tell us all what you are thinking down in the comments and then feel free to discuss it all. More for Evil Dead: The Game is on the way to us soon. We will have it all here for you as fast as we can. Just be sure to keep checking in for all of that and everything else we have to share for it here.