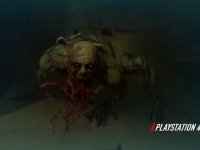 There are so many different platforms that gamers will be able to play Dying Light 2 on when it drops on February 4th. There is little doubt that the game will look amazing on the PS5, Xbox Series X|S, and most PC systems out there. That is not the vast majority of platforms out there that Techland is bringing the game to, so it is time to see how it will look on the other platforms. Those being the PS4, Xbox One, and presumably the Switch too. Given that Dying Light 2 will be cloud streaming to the Switch, that may not be the case in this regard. No matter the case, we have something new to see and get some of the last-gen gamers ready for what to expect next week.

Just as we should have assumed for Dying Light 2 on the previous systems, the visuals look like they are very fitting of the generation. They are not overly terrible, but there is an obvious downgrade to work on them. Even with the PS4 Pro running it, things do not look all that great. That is good to know that the visuals we have seen up to now for Dying Light 2 have been up to par with the latest and greatest. The only issue for the PS5 and Xbox Series X versions is that there is still some difficulty of getting ahold of the systems. That is why I have a feeling some will be aiming for the PC version since most of that is still easy to snag.

Dying Light 2 on your old-gen consoles? We’ve got a comparison video for you. Check it out!

Does the gameplay for Dying Light 2 on the old-gen systems looks overly bad or will it be playable for those still stuck in that generation? Will you be aiming to play it all on the PC instead now or will you still stick to the console version of it all? Do you think we will see the best version of all of the gameplay on the Switch or will it be limited too even with the cloud streaming? Tell us all what you are thinking down in the comments and then feel free to discuss it all. As more for Dying Light 2 flows out there, we will keep adding it all to the site. Just keep an eye on it all so you are ready for the game to fully launch out there.