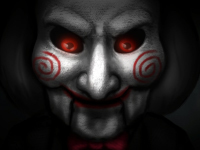 The SAW is on its way back to Dead By Daylight as the next bit of content for The Archives mode starts up on January 26th. This time, though, we will have some new challenges and stories to play with in the game that branch from what we already know from it all. This time with some of the voices from the films back to help make the experience even creepier in Dead By Daylight. Yes, Tobin Bell (John Kramer / Jigsaw) will be giving all of the fans what they have been waiting for and soon on the PS4, PS5, Xbox One, Xbox Series X|S, Switch, and PC. Get ready to head out and play a game.

In this new chapter for Dead By Daylight, we will get to see things expanded not only for The Observer but the David Tapp survivor and Amanda Young (The Pig) as the horror unfolds. Even if this new trailer does make it feel like we will be seeing a different style of character for Amanda in this go. That is unless I missed a memo somewhere and this is how things have been shifting in the stories within Dead By Daylight. No matter the case, though, it is all coming and you should get ready for some new levels of horror to hit you extremely soon. Now if we could only get a remaster of those original SAW titles too.

Tome 10: SAW opens January 26th within The Archives in Dead By Daylight.

A twisted student of Jigsaw finds herself tempted by a dark epiphany. A determined detective faces the choice of a lifetime. The Observer becomes the observed as malevolent forces converge. A Tome as brutal and unforgiving as The Pig’s Reverse Bear Trap is yours to uncover – do you want to play a game?

Witness the Auris, a device capable of peering into the memories of those who have entered the Fog. Through it, the mysterious Observer grants players access to a new series of challenges to complete, designed to help piece together these memories as well as his role within the Entity’s Realm.

Were you hoping to see more from the SAW IP back in Dead By Daylight or did you want something else to sneak in instead? Do you think that the new bits will keep us all sated for a long time or will it just leave us wanting more from it all? How do you like the new looks they are giving some of the characters here and will it blend in nicely with all of the gameplay again? Tell us all of those thoughts down in the comments and then feel free to discuss it all. More for Dead By Daylight is always going to be on the way, so be sure to keep checking back here for all of that and more. We will do what we can to make sure it is all there for you.