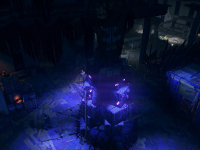 We are in the final home stretch for Dying Light 2 and February 4th is almost here… and now we have word of one more delay to hit us all as the excitement was building. Thankfully, this is not the biggest of delays that affect all of the versions of the game out there. If you were looking to snag Dying Light 2 on the PS4, PS5, Xbox One, Xbox Series X|S, and PC, then you will still be seeing the game land on the 4th. For those that were looking to give the game a run on the Switch with the Cloud streaming, this is where the bad news comes in. It looks like you might have to wait upwards of six months to be able to enjoy the title now.

As it turns out, Dying Light 2 is not living up the Techland's expectations on that platform and they want to take a bit more time to make sure it is the best that it can be. There is no new solid date for when the Switch will be able to join in the fun, but it is promised to be no more than six months from the February 4th release on all of the other platforms. It is never the news you want to hear, but there is no changing it as of right now. You will just need to wait a bit for Dying Light 2 to drop out there, and to help with that, we do have one more behind-the-scenes video to share with you on how they made the other behind-the-scenes content out there. It is not much, but it is something until we can start with the gameplay streams.

In 2021, Techland welcomed Nintendo Switch owners to Harran with the release of Dying Light: Platinum Edition. Many new survivors dove in to experience Dying Light for the first time in preparation for Dying Light 2 (Cloud Version), and the community’s warm reception affirmed something Techland has always believed: quality matters.

In order to provide fans with the gaming experience at the level they deserve and that Techland wants to provide, Dying Light 2 (Cloud Version)’s release date on Nintendo Switch will be moved. Techland is asking Nintendo fans around the world for their patience. Upon the game's release, players will be able to experience Dying Light 2 with flexible handheld gameplay at its best with Nintendo Switch, powered by Cloud Technology.

Dying Light 2, published by Techland, launches on February 4, 2022 on PC, PlayStation 4, PlayStation 5, Xbox One, and Xbox Series X|S, followed by the release of the cloud version on Nintendo Switch in 2022.

Are you going to be affected by this new delay for Dying Light 2 or will you still be running around in the world on February 4th? Do you think it is part of the new Cloud technology that is causing the issue or is the team trying to get the game to look the same on the lower-end hardware as it will on the high-end? How far out will you think we need to wait or will more gamers just flock over to the other platforms to get their fix? Let us all know down in the comments and then feel free to discuss it all. If we have more to share for Dying Light 2, know we will have it here. Just keep checking in for all of that and much more as we get closer and beyond the coming release date.