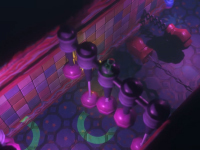 It may have missed the original mark out there, but now we have a new release date for In Nightmare and it looks like March 29th will be that day we can all watch another child go through some dark stuff out there. As if we did not already have some darker stuff coming to the PS4 and PS5 here soon. Now we get to help our little buddy make it through some creepy and surreal locations while hiding from some truly nightmarish creatures. I guess that makes all the sense with a title like In Nightmare for this game. Not to mention the latest gameplay for it highlighting some of the bigger threats out there.

As you will see here, we are joining our young protagonist into some of those nightmare locations shortly after falling asleep. Some of which will have us relive some of the memories out there and others to confront what feels like some of the looming mental issues many have out there. This even goes along with the wall of shadow hands that seem to be chasing us and trying to drag us down. If that is not a metaphor for depression, I may need to seek therapy. Thankfully, the game will house some fun puzzles to go along with the nightmare of the world and beasts. Most of which look to be the standard affair we have come to enjoy from other games in the same vein.

Maximum Games announced that it’s time to find a hiding spot and hope for the best, as In Nightmare will chill players to the bone when it launches on PlayStation 4 and PlayStation 5 on March 29, 2022.

In Nightmare follows a young boy who closes himself off from everything and falls into a deep slumber, where nightmares have come to life to haunt his every move. The narrative-driven story forces the boy to face what is truly in his heart. Will he lock himself away forever, or will he cling to his last hope of love as he drifts into the darkness?

If the boy is going to make it through his subconscious nightmare and fight through the pain, he’ll need to solve intricate puzzles and hide from the nightmarish ghouls that seek to tear him down, bit by bit.

Did you forget that In Nightmare was still coming or was this the nice reminder you never knew you needed? Do you think we will be helping our protagonist through some mental trauma along the way or will these be true creatures that haunt the sleeping realms? Do you think that the puzzles will be punched up in the full game or will they still boil down to finding a key or unlocking a door in other ways? Give us all of those thoughts down in the comments and then feel free to discuss it all. More for In Nightmare should be on the way as we head towards the launch. Just keep a keen eye here to be able to see and hear about all that we can get our hands on.