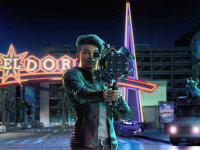 The delays just keep coming to us again and this one is here for Saints Row now. Sadly, it is not just a minor delay as some have had to go through, but it looks like Volition is going to need another six months to make sure that the game is up to snuff for us all. February is no longer going to be the month of Saints Row and now we have to look toward August of 2022 to be able to head out and become self made. Specifically, August 23rd now for all of the platforms the game was supposed to land on. That is a little on the hefty side of delays, but at least we have a date to look forward to, unlike other titles that have had to be pushed out for now.

You most likely have guessed the reason behind the delay for Saints Row here, as it is the one we have had for the last two years now. All of the changes to the world that COVID had us go through have taken a toll and the team needs to be able to polish the game up just a bit more to hit their standards. I am glad to see that they have been prioritizing the health and safety of their teams, but it feels odd that this is still the reason why so close to the initial launch date. I do want the best version of this Saints Row to land on us, but it feels odd to have this reasoning after they shifted to the work from home model that most industries should have adopted well before the virus forced hands. It is what it is and I will still stay hyped for it all. If anything, that does mean that we will not have a flooded February as it was looking already with all of the other titles that were delayed until then.

Saints Row will no longer release on the originally announced date of 25th February 2022, instead it will launch worldwide on 23rd August 2022.

Our priority is to create the best Saints Row game yet and, if we released on the original date, it wouldn’t be up to the standards we’ve set ourselves, and that you’re expecting and deserve. The team just need more time to do our vision justice; we’re doing some fine-tuning and there won’t be much change in the game outside of overall quality and polish.

In all honesty, we underestimated the impact COVID would have on our schedule, although everyone adapted very quickly to the working from home arrangement and continued to be incredibly productive.

However, due to the size and scope of our new Saints Row, it’s become apparent that to create the best game possible, we need to give our team longer to perfect their craft.

As mentioned when we announced Saints Row in August, this will be the biggest and best Saints Row game ever and, in order to achieve our goal, we’ve settled upon a generous, yet essential amount of time to realize our ambitions.

Rest assured, there will not be any changes to the story or the characters or anything that we’ve lovingly imagined over the last few years and already shared with you.

Over the past two years, all corners of the entertainment industry have been affected/impacted in one way or another. As gamers ourselves, we know what it feels like to have something delayed which you’ve been looking forward to; it’s frustrating and you feel disappointed. But we also know that when we finally get Saints Row in your hands, it will have been worth the wait. It’s our absolute priority to get this right.

Did you have a feeling that Saints Row was going to get the delay or did you have your heart set on the February release? Do you think there is more to the delay than the normal COVID reasons or will that be a way to obfuscate the need to fix major game issues for the next few years? Do you even care as long as you get the best game possible and will you hope for more of a collector's edition to come about from it? Let us all know down in the comments and then feel free to discuss it all if you so wish to. We will keep the news flowing out there for Saints Row and all of the other titles still coming. Be sure to keep a close eye on the site for all of that and much, much more.