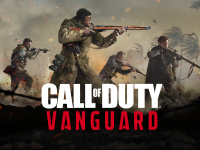 Another year has passed and that means it is time for the next installment into the Call Of Duty line. This one picking up with Sledgehammer Games at the wheel and aiming to bring us things we have never seen or played before. That is how these FPS titles keep going with a similar gameplay loop since their inception. This time, though, we get to see a bit of a different history play out during WWII and various other locations that do not always get highlighted over the Americanized folk stories of the war. Here we go with out review for Call Of Duty: Vanguard and the campaign that it will offer up to those that are looking for something deeper than a virtual shooting gallery of your friends.

Those damned Nazis and their allies during WWII are up to no good in various different lights. They also seemed to rub a lot of different countries the wrong way that a new ragtag group of soldiers are grouping together to make sure that they do not win the war and spread their ideology across the world. To do so, they need to stop the next big plan with Project Phoenix as well as get out of Germany with the information. All while growing together as a squad more than just some like-minded soldiers who may or may not have some darker backstories mixed in. I get trying to tweak formulas along the way and change things up in the Call Of Duty line, but one thing that always seemed so frustrating in Vanguard had to be the attempt at a looting system. Sure, it works in the past to head to resupply boxes or to pick up special intel along the way, but in this one, it would happen with enemies that have been killed along the way. Sometimes it was the only way to recoup any kind of ammo to keep the fight going. It does lend a bit more of the realism to Call Of Duty: Vanguard, sure, but it always seemed to be needed at points where it would break immersion in the action. More so when randomly walking over enemies would also pick up ammo in the tried and true way the IP has always offered up. It always felt like more of a hindrance to the game than anything that helped it shine a bit more. There were many a time I would end up scouring the battlefield to clear out the looting indicators only to find I was already flush with the ammo.

The above only coupled a bit more with some of the lack of direction you are given some time in the missions of the game. I will admit that this Call Of Duty allowed for a wider variety to the way to approach some missions, but just as the above broke the flow and immersion, having to pull up the mission indicator to try to follow where to go next or make head-or-tails of it all, kind of pulled me back out of it all. I could see what Sledgehammer was going for, but sometimes it was too sloppy or hard to follow that I had to rely on dumb luck to understand where to go. Sure, wandering the jungles to find your fallen ally while being hunted can be intense, but when the level deviates from what the Call Of Duty titles have ingrained for so long, and without a good explanation, it leads to a lot of hugging the level boundaries and following the fictional glow of the HUD to get to the end.

Lastly, and this is going to always be a huge grip of mine for the Call Of Duty games, the campaign and story felt very short and truncated. It was another compelling and interesting story with a fun way to present it all, and then it just kind of ends. It ends with a look at things progressing even further and just about to start up. Even if it does tease the reason that the Zombies mode is in Call Of Duty: Vanguard, it just felt like an unnatural place to bring it to a close. I could have gone on for twice as long as I did and still would have wanted more with how it was all shot and presented. Sure, it could be expanded with later updates and DLC but for the core price, it feels like it was given enough time to make it memorable but to leave one unsatisfied with how filling it could have been. If only we could get a full campaign mode that did not feel tacked onto the multiplayer part again. While the story for Call Of Duty: Vanguard felt short, that is not to say that it was not presented and expended in an amazing way. It does use the trope of the characters retelling the events and hops around chronologically, but it offers up reality that not everyone was as heroic with their reasons in fighting the war. Sure, these are some heroes here but they are painted more as humans placed into these events and then forced to grow in the middle of some chaos. I truly do not want to spoil any of the story or stories that we do have for this Call Of Duty, but it was one of the few that had me wanting to go back and replay to see and experience the story again. Even if there are many out there that will claim it is all a work of fiction and nowhere near what things would have been like during that time. Sure, it could be an exaggeration for the video game and storytelling aspect, but that does not change the entertainment and new perspectives that it does offer along with the gameplay.

Speaking of, it was refreshing to have another Call Of Duty title out there that highlighted the vast differences in how some members of the military work out there. Not only in the culture of the country they are from, but also the style and needs each had to offer up. This was further pressed through the gameplay and the various different abilities and gear that each member had during the segments. Something that does culminate in all of the heroes going into battle together and swapping up gameplay to fit the needs seamlessly. I am at a loss to remember another Call Of Duty that has done this and to the same scale as we have in Vanguard. The demolitions guy truly shines when swapping between all of the gear, the Air Force guy has hyper focus, the sniper gets all of the added physical skills they would need to have to be the best that they are. Even if it did feel like playing different games between each, it worked so well that I would not be sad to experience that in the future titles.

Lastly, one of the things that Call Of Duty has always generally steered away from were things like boss encounters or fights. Sure, there have been some in the mix before but it generally boils down to being able to shoot many targets down as quick as possible. Call Of Duty: Vanguard does have some like this, but then there are a few other mixed in that feel like a traditional boss encounter but would be fitting a real-world setting that the game has. Some tank-style soldiers that will use gas to not only obscure vision but to drive you out of cover. Some sniper nests that are set up for us to try to use distractions and decoys so we can take them out as quickly as possible. Sure, they do not just show up and follow the pattern type of events, but it give the gameplay loop something new and fits in the setting that is trying to be presented. It is something vastly better than just shooting waves of enemies or figuring out how to bring down the one armored vehicle other titles have used. All in all, my biggest issue with Call Of Duty: Vanguard's campaign had to be how short it is. Sure, there were some frustrating parts or elements that were hard to get behind, but all of the highlights of the game made those vanish in the shadows they cast. Even if it still feels like the campaign is here to distract those that are not in for the basic Call Of Duty multiplayer aspect. I would fully get behind a full single-player version of this one and say you should give it all a go. I know you will enjoy it and then will be able to go into the mindless grind that the multiplayer normally offers up. Not to mention that we do get a bit of a taste of why the Zombies mode is a thing, even if it does not make full sense in the grander scheme of it all. Give it all a go.

Call Of Duty: Vanguard was developed by Sledgehammer Games and published by Activision for the PS4, PS5, Xbox One, Xbox Series X|S, and PC on November 5th, 2021. A PlayStation copy of the game was provided by the publisher for reviewing purposes.