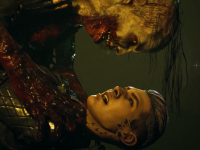 Back 4 Blood is a title that feels like it has had so many different releases so far, but here we go with the final and official one out there for those that did not want to get in on it early. This is the launch that will place the game fully on the PS4, PS5, Xbox One, Xbox Series X|S, and PC with everything that Turtle Rock has to offer. Now you can pick it up, fight the Ridden in the game, and try to survive all that Back 4 Blood has for us. We can also look to a few more of the hidden beasts out there that have been under wraps up until this launch with some fun teases. Here we go with a bit more of what we can expect to fight in the game once you can get it loaded on your system.

That all said, here we go with the final launch trailer for Back 4 Blood as it comes to the core game here. I am sure that we will see many more videos if the team brings us more for the game via DLC or massive updates, but as today is the official date for the game, here we go. One more look at the insanity that Back 4 Blood will hold inside and all of the different creatures we will need to take down and kill along the way. That or clear of infection, as Ridden makes it sound like they can be redeemed but the bullets to the face make it seem not so much. I guess we will need to play the game to fully find out.

Join in the fight against the Ridden!

Have you been ready for Back 4 Blood to launch out here now or have you been in since the first Alpha hit the servers? Do you think we will see much in the way of DLC or will it just keep things flowing with little changes here and there? Do you think we will be able to save any of the Ridden in the game or is that just a way to say Zombie without saying the Zeke word? Tell us all of your thoughts on this and more down in the comments and then feel free to discuss it all. If we have more for Back 4 Blood, know that we will have it all here for you. All you need to do is keep checking back in for all of that and much, much more.