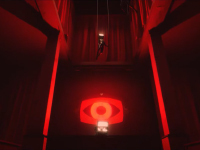 A new psychological horror game, The Dark World: Karma, will have us all tapping into the dark world of other’s minds when it comes

Things have felt a little silent out of this year's TGS but that could be a good thing, as it does give us time to have a look at titles like The Dark World: Karma that had a showing during the event. This would be a new psychological horror title that will have us playing the role of an officer that has the ability to relive the past of those they mind-meld with. It sounds a lot like a few other horror titles we have seen in recent years, sure, but this one looks like it can be a bit deeper and darker than the others. If anything, we do know that the path that The Dark World: Karma is starting on will lead to some thought-provoking topics at the very least. As long as it does hit the PC and consoles on the timeline it is set on for now.

Beyond that, and the trailer we have for The Dark World: Karma, not much else is known for the title. It does look like it will have some of those darker tones that the title suggests when it comes to the minds out there. This is something that any good horror game will need to have here. It is also interesting to see that it might be affecting our character in the game with how it all goes down. Be it in a physical form or how they perceive the physical form after it all. That would be a fun thing to go down in the mix of all of this. I do feel that the Karma part of the The Dark World title will play a part in some way too. Maybe in how it will take a toll on us or that we are an agent of Karma coming to collect what is due. No matter the case, have a look and enjoy the latest we have for the game.

Check out the trailer for this upcoming first-person psychological horror game, The Dark World: Karma, in which players control an officer for ROAM who has the ability to dive into people's minds and explore their past.

The Dark World: Karma is headed to Steam in 2022, with ports planned for all consoles soon after.

How do you think that The Dark World part of it all will shake out and will it be a play on the minds of those we go into? Do you think this will take a physical toll on our protagonist or will it be a mental toll that we see come across in the perceptions of the physical? Could we all be an agent of Karma here and why we are on our task or will it just be a different type of morality system to play with? Give us all of those thoughts down in the comments and then feel free to discuss it all as you so wish to. We will share what we can find for The Dark World: Karma, so keep an eye on our site and socials to keep as up to date with it all as possible.