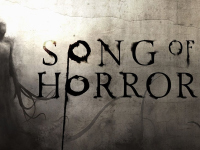 We sit down and review Song Of Horror. An interesting episodic horror title with a haunting melody. Here is our review of Song Of Horror

It is always interesting to go down the paths for many different survivors in horror titles, and Song Of Horror is the next title out there aiming to focus on that a bit. This would be the most recent title from Protocol Games that has made the leap from PC over to the PS4 and Xbox One to try to tell a sinister story through multiple episodes. In the console case, we have the whole batch of chapters for Song Of Horror in one sitting after all of this time. How well does this structure work as well as letting us chose which character we will explore and possibly ensure they do not make it to the end of the story? That is why we are here to let you know with our review for Song Of Horror and how well it works on the consoles it is out there on.

Daniel has not been having the best go of it as a disgraced publisher in the world. Not only that, but Daniel has also happened upon a massive mystery for a famed horror writer and their entire family. A dark and sinister one that draws Daniel and others in to want to find the conclusion. That and all of the other mysteries behind a music box that seems to be at the center. At the center and surrounded by something vaguely called… The Presence… One of the things I need to get on right out of the gate here for Song Of Horror has to be with the character design and models. It will make a lot more sense down below, but they seem overly dated and truly pulled me out of any kind of immersion I was having in the game. Which could seem like I am harshing on something that should not be a huge deal, but Song Of Horror truly shines with some of its immersion, and every time any of the characters were highlighted, it felt like I was watching a high school art project and not in the middle of some true horror. Not great when the name highlights what it should be and how much care looked like went into the rest of the game. It is something that could potentially get fixed down the line with some updates, but right out of the gate when I see some amazing environments and characters from the PS2 era, things feel off. Not in a good form of it all either.

Another aspect that always seemed to drag me back down and away from the core of Song Of Horror had to be the number of interactive elements and how they were all implemented. It helps to world-build by leaving documents and other elements around, but not when it is every other step you can find something that may or may not be needed to progress through. Not only that, but when it came to some of the key elements needed in Song Of Horror, it was a darn out process to even go about them. That is, unlike other games that it pays homage to, you have to go through menu screens to use keys when the game directly tells you that you need to use a key you have on you. It also comes through when there are items that are obvious to need to be combined but instead of auto offering this up, you have to take many steps through a menu to do so. This all became more of a drag over time and made more of the shiny aspects fall right aside out of frustration.

Lastly, and this is another one of those annoyance things, in Song Of Horror we are haunted by a thing referred to as The Presence or The Entity. The darkness that we need to always hide from or flee from. To do so, you have to hit the proper buttons and triggers in a QTE or keep things level and in a specific range. Not out of the ordinary at all. The issue I kept finding was that there was no indication on how well you were doing that made any kind of sense. In segments where you needed to be silent, even when performing perfectly, your character would make a noise to draw The Entity closer. I get that it was in there to drive tension in Song Of Horror, but it seemed odd that no matter how well you do something happens to prolong the scene. If it was not for the case that all characters can be permanently killed in the mix, this would not be a massive issue, but it gives us the wrong kind of tension when it feels like the game does not care how well we are actually performing. By the gods, the environments and atmosphere for Song Of Horror is some of the best from an indie team as Protocol Games is. They layouts, the shadows, the lighting, and even the little touches all over lend to making this an insanely immersive horror title out there. Mixed with the forced camera angles that were popularized to add the tension, Song Of Horror sells everything here. This is something that I know will be a bane for some gamers that are used to having a free camera, but it works so well here to highlight what we need to see or not see. Sometimes it is to build suspense. Sometimes it is to highlight that there is something darker lurking behind the character that only we get to see. Sometimes it is to make us imagine something that is not lurking around a corner because we cannot see it. It plays with all of this and blends this world into something truly terrifying to wander through with each of the characters here.

Lending to all of that for Song Of Horror, and even though there was the gripe above, I do have to say that one of the shiny parts of the game has to be The Entity. Not just for the look and feel, but due to the AI implementation of it in the game that adds that extra level of terror into it all as you search the abandoned houses, libraries, or tombs in the game. It has some set times for it to pop up and come at us all, but it was also placed in to add some randomness to it all. Just when you think things might be going smooth or your way, it will slide in and cause you to need to run and hide. Or in some instances, it will show up only to cause a bit of poltergeist, smash a few lightbulbs, and leave us wondering if we do need to run. All of which just builds further into the immersion of Song Of Horror to keep us on our toes and trying to find all of the missing items or solve the puzzles it has laid out for us.

Last up, and another mixed thing for gamers, I have to praise the puzzle design that we have in the mix for Song Of Horror. They range from the extremely basic that can be figured out by just looking to needing to dig through all of your clues to find the solutions. There are some that felt like they just needed to be brute-forced along the way too. Almost as if you did not take the time to collect everything or keep characters alive, it became a bit more difficult. That could have also just been the perception of it all as Song Of Horror never felt like it was gatekeeping anything beyond the player's own skill. That is how it felt for me and each player will have a different experience, but they all felt like they were truly thought out and not placed there to slow us down for any real reason. That cannot be said the same of some of those larger developers out there as of late and needs to shine more. Without a doubt, Song Of Horror is a great horror game to give a go. There will be a few things that will need to be overlooked for now, but I have a feeling most of us will be able to do so. You just need to focus on the environments and the Entity out there that is haunting us while enjoying all of the other little things in the background. Maybe you will be able to see certain things as tension building and not a weird way to design something in my eyes. If anything, it will be worth it to solve some of these puzzles and figure out the darkness that lives in the music box that is causing all of these horrible events to play out. I fully recommend it for the spooky season that is coming up on us all with the quickness.

Song Of Horror was developed by Protocol Games and published by Raiser Games for the PC on May 16th, 2020 and the PS4 and Xbox One on May 28th 2021. A PS4 copy of the game was provided by the publisher for reviewing purposes.