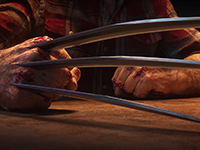 If there is one team that has been killing it with the Marvel games as of late, it is Insomniac Games and it looks like we will be seeing another title under their belt with the announcement for Marvel’s Wolverine. Yes, it is finally happening after such a long time from the last title for the character that was worth any time. Now we have one more that will be coming to the PS5 in the future and brings us a darker looking Wolverine than most of the current games have offered up for us. The current games leaning more into the closer-to-family-friendly version of the character than the one some of the more grizzled out there know. You know who you are and what you are looking for here.

Little is known about this new title beyond the name, it will feature Wolverine, and will be one of the darker titles that the team has put out there. The following cinematic trailer definitely highlights some of that with all of the damage and signs of past violence in the mix. There is no gameplay here, but it does give off more of the Old Man Logan vibe from it all, so we could see a title that is soaked in as much blood as the character has been over the years. Not to mention what the team has done with Spider-Man over the years, we could be seeing a great intro for Wolverine to new fans and give a grittier game to older fans that they have been hoping for. A story about an immortal with anger issues and razor-sharp claws does tend to fall into that category more.

Marvel’s Wolverine is currently in development by Insomniac Games for PlayStation 5. Created in collaboration with Marvel Games and PlayStation.

Do you think that this will be a fully Mature title for Wolverine or will the team need to tone things down to aim for the full market? Could this be along the lines of the Old Man Logan story or will it be a completely new story that just features this character? Did you ever expect to see a darker title for the character after all of the cartoonish versions that have been out there to give fans a taste of what they want? Let us all know down in the comments and then feel free to discuss it all. When we have anything further to share for Marvel’s Wolverine, you know we will have it all here on the site for you. Just keep checking back for all of that and much more as we head into the future.