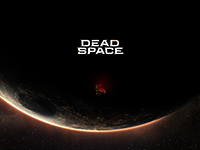 The rumors and speculation are true, we are getting another chance to head into the Dead Space universe with a new version of the game coming right for us. Not only that, but the rumors that it was Motive Studios working on this title were also true. That parts that were a little iffy were if it was a sequel or a spin-off of some sorts and now we have the full answer. We are getting a remake of Dead Space for the PS5, Xbox Series X, and PC now. Not a fully new title, but a new way to play and enjoy the experience we had way back in 2008. That should be enough time for most of us to have forgotten the basics of it all so a remake can hit us all hard. I think…

There is not much more than a slight teaser for this Dead Space remake, and they are not fully marketing it that way in the trailer, but it is. The team will be rebuilding the whole game from the ground up to give us more to the story, butter visuals, and a more immersive experience with it all. Dead Space was one of the few games I placed in my almost perfect categories way back when it first launched, so there is quite a bit of expectation to improve upon it all. The lighting tease we have here is a great start but we have seen other games have glaring issues come about when given the remake treatment, so I have my reservations on it all. Only time will tell and this could lead to the IP getting relaunched out there and then further expanded upon.

The sci-fi survival horror classic Dead Space returns, completely rebuilt from the ground up by Motive Studios to offer a deeper and more immersive experience. Harnessing the power of the Frostbite game engine and next-generation consoles, this remake brings jaw-dropping visual fidelity and improvements to the gameplay while staying true to the original. Dead Space will be available on PlayStation®5, Xbox Series X|S, and PC.

Isaac Clarke is an everyman engineer on a mission to repair a vast, sprawling starship, the USG Ishimura, only to discover something has gone horribly wrong. The ship's crew has been slaughtered and infected by some alien scourge… and Isaac’s beloved partner, Nicole, is lost somewhere on board.

Now Isaac is alone with only his tools and engineering skills as he attempts to uncover the nightmarish mystery of what happened aboard the Ishimura. Trapped with hostile creatures called “necromorphs”, Isaac faces a battle for survival, not only against the escalating terrors of the ship but his own crumbling sanity.

Did you have any doubt that Dead Space was going to go away or was it truly a shock to hear it was coming back? How do you feel about it being a remake and not a continuation of the IP? Do you think that things could have been improved further than just the visuals that the new hardware is capable of now? Let us all know down in the comments and then feel free to discuss it all. There will be more for Dead Space, obviously, and we will keep all of that coming at you as best that we can. Just be sure to keep an eye on the website here for all of that and much, much more.