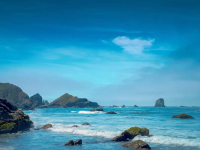 It was first teased during this year's E3 and there was no release in site at all, but here we are with the announcement that Night Book will be hitting us in July. That is this month for those following along and while there are many days in it, Wales Interactive has set it down to give us the date of July 27th for when it will be hitting us on all of those platforms out there. That is quite an impressive turnaround from the announcement to the launch for Night Book, and it could pay off extremely well. I mean, as far as anticipation and waiting are concerned but not so much in the hype building and promotion for the indie FMV game that could be another home run for the developer and publisher here. They do have a solid track record and this one is looking to hold up.

That all said, we do have a new trailer for Night Book to take in and get us further amped up for the new game to hit us out there. It shows off more on how our translator will be offering up the text and clues to solving the story as well as how we will make some of the choices in the story. There are even a few hints at the different paths we can go down to find some of the various endings we will experience in Night Book too. Nothing that is going to spoil the overall fun, but enough to keep us look and back in for more of the horror and FMV gameplay that some out there truly enjoy. I know I do and cannot wait to give this playable film a go here in a few weeks from now. It is quite a fast outing for it all, and hope it is in a great way.

Coming to PC and all major consoles on July 27.

An online interpreter is tricked into reading an ancient book that summons a demon into her home. Night Book is an interactive psychological thriller from the publishers of The Complex, Five Dates, and Maid Of Sker.

Night Book is full of supernatural terror and suspense as Loralyn, a pregnant translator working from home, is fiendishly tricked into bringing an untold evil into her life. With Loralyn’s husband away and her unwell father in the house with her, players, as Loralyn, must make major decisions that keep the family safe or unwittingly place them in grave danger. Though Night Book features one story, there are multiple paths and endings to discover.

Filmed remotely during the lockdown, this entirely live-action title is an acting masterclass, with the close-quarters filming style only ramping up the tension and underlining the occult terror that Loralyn and her family face. Night Book stars an exquisite cast, including Julie Dray (Cyberpunk 2077, Avenue 5) and Colin Salmon (Resident Evil, Arrow, and Die Another Day).

Did you expect to see Night Book drop on us this quickly since the official announcement or is this a great surprise? How many different endings do you think we will see in the final game and will they truly be that different? Do you like it when your game is announced and then released this quickly? Let us all know down in the comments and then feel free to discuss it all if you so wish to. If we have anything else to share for Night Book, we will obviously share it all here for you. Just be sure to keep checking back for it all and everything else that we will have on the site.