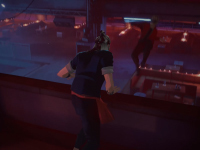 The next title from Sloclap is going to have to take a back seat for a bit, as it looks like Sifu will now be hitting the PS4, PS5, and PC in 2022 instead of late this year. It will be early in 2022 as we are told, but video games can be fickle and need to be done right. Given the acclaim they have built so far and all of the hype around Sifu too, I will be perfectly fine to allow for some extra time to get this third-person action game in a perfect form. If the protagonist has to be in that form for the fights, the game should also be reflecting that. That would be nice at the very least for us all that have been waiting to dive into it all and punch some faces.

That is not the only bit that we do have for Sifu, though, as this announcement does come with a new bit of gameplay to keep the train rolling. A new bit that will take us into a few more underground fights and weird time shifting montage of it all. Time shifting as we get to see our protagonist age along the way. Something that I presume will also come along with new techniques to use and a few other things one gets with age. Even if it does look like the antagonists in Sifu do not seem to alter all that much of the virtual years. That could just be how I am seeing it and there could be some vast changes mixed in. Take a look for yourself and see if you can spot any other glaring differences as time marches on.

Sifu is the new game of Sloclap, the independent studio behind Absolver. A third-person action game featuring intense hand-to-hand combat, it puts you in control of a young Kung-Fu student on a path of revenge.

Did you have your hopes set on getting to play Sifu before the end of the year or did you space on it up to now and this is not that hard of a blow? Do you think the age change will indicate a bit more proficiency for our character along the way or will it be something vastly different in the long run? Do you think that the antagonists will shift in the final game or did we not get to see something that we will when we actually are behind the controls? Give us all of those thoughts down in the comments and then feel free to discuss it all if you so wish. We will keep the news and updates flowing for Sifu, so be sure to keep checking back in for all of that and more.