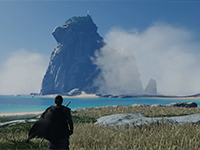 It is all the rage to have a Director's Cut of something in today's market and now we are going to be seeing a version of that for Ghost Of Tsushima over on the PS5 and PS4 now. This is a new version of the game that will be offering up all of those bells and whistles we have expected from Sucker Punch to bring to the new console, but will also be coming to the last-gen system too. Well, at least the parts that will work on the PS4 as I do not think we will see the adaptive triggers and the like for that version of Ghost Of Tsushima there. Unless there is something bigger to be announced on August 20th many out there might have missed before now. It could be a thing, but I have little hope there will be something beyond the game for the date there.

In addition to adding in all of the usual PS5 upgrades we have seen, this version of Ghost Of Tsushima will also be coming with a whole new island for us to explore and slay on. All with its own new story, enemies, and various other additions to add to the overall experience of the game. It is not clear if this extra will be available for those not picking up the Director's Cut of Ghost Of Tsushima, but I would venture that it will be out there at some point. It would be very off-brand to alienate part of the fanbase with this huge addition given how the DLC and updates have been for the game thus far. Even the multiplayer was able to hook it up, so it might just be a bit of time before that happens and nothing more. I would think…

Will you be diving back into Ghost Of Tsushima when this drops out there or will you finally be dipping your toe into it with all the extras? Do you think we could see some of these features make it onto the PS4 version or is that hoping for too much at this point? Could we see all of this added in and then see further expansions or will this be the end of it all before the team moves on to a whole new title out there? Let us all know what you think down in the comments and then feel free to discuss it all if you so wish. We will share all that we can for Ghost Of Tsushima as we get it. Just be sure to keep close to the site to see and hear all of it as it flows out there.