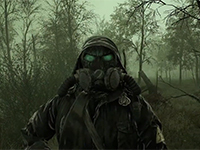 Last we heard from Chernobylite was that the game was going to be hitting us all this July at some point. We speculated that this would most likely be near the end of the month given how loose The Farm 51 was with the release window. Now, hot out of E3 this year, we have that final date to look forward to for those looking to play Chernobylite on the PC from whichever vendor they are looking to go with. The PS4 and Xbox One players will have to wait a bit longer. How much longer, it is still unknown as all we have is July 28th for those in the previous group. Just a bit over a month and you will be able to head out into the wastelands in the game and get to virtually see how the landscape has been altered by all of the harshness out there.

That is all nice and good, but what you are really here for is the gameplay for Chernobylite. Something that we also had a nice little display of from various different showcases during this year's event. Some of it is new and a lot of it seems like different versions of things we have seen in the past. We do have a nice little look at how we will be able to build some basecamps in Chernobylite and how that could build into a bigger thing in the world. Even if it is a bit of a Sci-Fi retelling of the events using 3D scans of the real-world hazard zone. Not anything to be upset about, but it feels like things might be shifting here since we first heard and saw a lot for the game years ago. If it all pans out well, though, does it truly matter?

All In! Games & The Farm 51 present our Exclusive Chernobylite gameplay reveal, including the Heist. Check it out.

Chernobylite is a Science-Fiction Survival Horror RPG from developers The Farm 51. Set in the hyper-realistic, 3D-scanned wasteland of Chernobyl’s Exclusion Zone, you’ll take on the role of Igor, a physicist and ex-employee of the Chernobyl Power Plant, returning to Pripyat to investigate the mysterious disappearance of his fiancee, 30 years prior.

Stalkers, the long-awaited news has arrived — Chernobylite will be fully released for PC on July 28 (Steam, GOG, and the Epic Games Store)! PlayStation 4 and Xbox One versions will come later in the summer of 2021.

What do you think about the new bits of gameplay we have here for Chernobylite and does it feel like things have mutated over the whole time? Do you want to spend hours building a basecamp out there or will you be heading out into the weird green voids as much as possible? How do you think the ghosts and echoes of the past will play into the larger scale of it all? Let us all know down in the comments and then feel free to discuss it all if you so wish to. We will keep sharing all that we can for Chernobylite here on the site. Keep your eyes peeled out there for all of that and more from E3 this year as we are all able to get it out to you.