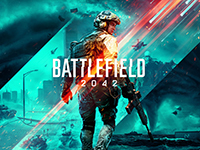 The news is now official with Battlefield 2042 being the next title in the line coming this October 22nd for the PS4, PS5, Xbox One, Xbox Series X, and PC. All of the platforms that we could assume would be here as DICE and EA take us into the future of games and the IP just as we see in all of these FPS titles. Now we get to see as the Battlefield takes us into the coming future of tech and ware that we should be expecting in the next couple decades. That is, at least, if we are to believe how all of these works of fiction try to go. Sometimes we make it a thing and sometimes not. But I digress, here we go with the official announcement that this will be the next big entry into the IP for us all to shoot and kill each other with.

All of the posturing aside, in Battlefield 2042 it looks as if the world has progressed down a path that looks like the way things are now. Resources are becoming even more sparse out there and thus the wars for all of that are kicking off to keep control of it all for the failing nations out there. This is why we will have our Specialists out there to help the United States, again, take on the Russians, again, in an all-out war in the world. All with the explosive gameplay we know from Battlefield and all of the basic gameplay we know for now. There is word that there will be some new gameplay and modes to come later down the line but we will have to wait for all of that. This is just a reveal and a whole lot of sizzle to get us all amped up to enjoy for now.

Electronic Arts Inc. and DICE today announced Battlefield 2042, a groundbreaking first-person shooter set to revolutionize the modern multiplayer sandbox. Powered by cutting-edge technology that pushes the capabilities of next-generation hardware, the game drops players into a near-future, all-out-war experience that includes the franchise’s hallmark, game-changing destruction. Featuring matches filled with up to 128 players on the latest consoles and PCs, this unprecedented scale adds a new dimension to multiplayer battles. Battlefield 2042 also ups the action with the inclusion of real-time events that reshape the battlefield and tactical combat. All-new weapons, vehicles, and gadgets give players the freedom to be strategic and create jaw-dropping, only-in-Battlefield moments.

In Battlefield 2042, the world is on the brink. Shortages of food, energy, and clean water have led to dozens of failed nations, creating the greatest refugee crisis in human history. Among these Non-Patriated, or No-Pats, are families, farmers, engineers – and even soldiers. Amidst this crisis, the United States and Russia draw the world into an all-out war. No-Pat Specialists join both sides, not fighting for a flag, but for the future of the Non-Patriated in this new world.

Players will jump into the boots of Specialists, an all-new type of playable soldier for the franchise. Inspired by the traditional four Battlefield classes, Specialists will be equipped with their own unique Specialist Trait and Specialty, and will have fully customizable load-outs. As a Specialist, players will have access to a cutting-edge arsenal of weapons, equipment, and vehicles to use in battle. These powerful new tools give creative players a wealth of options as they find the perfect combination to fit their play style and outsmart and outgun opponents on the battlefield.

The biggest, most ambitious title in the franchise, Battlefield 2042 includes:

Was it at all shocking to have the announcement for Battlefield 2042 here after all of the leaks or is it still a massive surprise to have? Did you expect to see it go forward into a higher technological battlefield or were you hoping to go backward in time? What do you think will be the new gameplay mode that is being teased here and it is horrible to have a tease for something that is only a few days away? Let us all know down in the comments what you are thinking about all of this and then feel free to discuss it all. If we have more to share for Battlefield 2042, and we know we will, it will be on the site here for you. Just be sure to keep checking back for all of that and much more in the coming days.