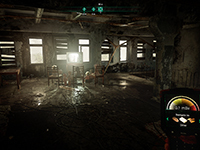 Some good things come to an end and in this instance, it is only the beginning for Chernobylite as it looks like the Early Access for the game is going to be ending here soon. It is still going on and gamers will be able to take advantage of a nice little discount for now from All In! Games, but there are signs that the game's Early Access will be ending in July. That is the time when The Farm 51 will be releasing Chernobylite on the PS4, Xbox One, and PC so there is a solid reason for this. Yes, we have a release window for the game now and it is only a few months off and a bit before the horror season. At least for those that celebrate the horror season during a specific month of the year and not year-round…

I digress for now, but we will be seeing Chernobylite get a full release in July at some point. The specific date is still hidden in mystery by the teams here but that does not mean we do not have something new and fun to watch as we gear up for this new release date. If you are skipping out on the Early Access that was mentioned before. It will not house the entire game, specifically the ending too, so there is a little more to expect for the final release. We will get to see how the RPG and survival elements of Chernobylite play out besides just seeing it done professionally in the following trailer for the game. All with the same mind-bending visuals and story that we have been teased thus far. It does look like things are wrapping up rather well for this one and if you need further proof, have a look below.

Come July, fans of the genre will get the chance to sink into a true sci-fi survival horror RPG experience. One that requires planning, stealth, and cooperation with allies in search of clues to solve the mystery that brought you to the Exclusion Zone.

Chernobylite will also benefit from its last Early Access 20% discount on Steam from 4/23/2021 to 4/30/2021. As we have previously announced, any purchase made during Early Access will guarantee all future, post-launch DLC for free.

A list of the most important improvements introduced in “The Final Stage” Mega Patch can be found below:

Were you starting to think that Chernobylite was never going to get its full release or does this line up with what you were thinking? Do you think it was a great call to keep the ending level removed up to now instead of trying to change it before launch? When do you think it will finally land on all of the systems in the month and will it be sooner instead of later? Give us all of that feedback down in the comments and then feel free to discuss it all until the game launches. We will share everything that we can for Chernobylite as it shows up, so be sure to keep an eye on the site for that and everything else that we might have to offer along the way.