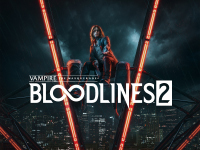 Development for Vampire: The Masquerade — Bloodlines 2 has hit another wall losing the developer and Bloodlines 2 delayed indefinitely

If you were still excited to see if Vampire: The Masquerade — Bloodlines 2 was going to launch this month after the last delay, it is time for us to break your spirits. The game has been delayed yet again and the word from Paradox Interactive is that it will be an indefinite delay. The only timeline that we have been given for when we might even be able to see Bloodlines 2 is next year at the earliest. That is not even a solid thing and assumption based on the fact that it has been stated that the game will not launch this year at all. Unless there is some craziness that happens and the game is magically made. Something that looks to be highly unlikely given the reason for this delay.

There were already some issues going on with Bloodlines 2 for a while now with some of the leads and writers of it all. Now it looks like Hardsuit Labs is no longer going to be developing the game anymore. They are not looking to scrap everything that has been done thus far from the studio, so there is that bit of good news, but given that there is not a follow-up studio taking over it pushes it further into the future than some of us have expected. Now we get to sit back and wait to see if things will get into full swing soon. Given that they have not canceled pre-orders and just turned off the ability to purchase them now, that is some kind of good news. It is still too early to know for certain on that, but I will take it as a good sign until orders start getting canceled.

Good morning, As you have noticed, we’ve been keeping pretty quiet for a while. With this in mind, the first piece of news we have for you is to confirm that Bloodlines 2 is still in development.

Secondly, we have made the hard decision that Hardsuit Labs will no longer be leading the development of Bloodlines 2 — which also means that we will not be releasing in 2021 as previously planned. Since we cannot at this time communicate a new release date, we've also decided to stop accepting pre-orders for the time being.

This game is very important to us and it has been an ambitious project from the very start. In order to meet our goals for it, we’ve come to the conclusion that a change is needed and, as a result, more development time is required.

We’d like to take this opportunity to honor Hardsuit Labs for their efforts and thank them for their hard work on the project. The studio has done a tremendous job in laying the foundations for the game and we hope that you, the community, will also appreciate their contribution to Bloodlines 2.

We’re thankful for your continuous support throughout the game’s development. We understand how important this is to you, and we’d love to share more with you. As soon as we can, we’ll let you know what the future development team of Bloodlines 2 will look like.

Did you expect to hear about this new delay given that Bloodlines 2's last release date was scheduled for this month and we did not have a solid date? Did you expect to see the delay go to the level where they ditched the developer of multiple years to find one that better fits the overall scope? Who do you think will be picking up the reins or will we just start seeing refunds going out instead? Let us all know down in the comments and then feel free to discuss it all as you wish. If there is more for Vampire: The Masquerade — Bloodlines 2, we will definitely update you all here. Keep checking back in for all of that and much more as we head toward the game hopefully still coming out.